Former US national security adviser John Bolton says he is willing to testify in the expected Senate impeachment trial of President Donald Trump in a surprise development that could complicate a weeks-long dispute over how the hearing would play out.

Democrats have been pressing for Bolton and three senior administration officials to testify as part of the Senate trial.

Mr Trump’s fellow Republicans have held firm that any decision on witness testimony at the Senate trial must wait until after opening statements are heard.

But Mr Bolton said in a prepared statement on Monday, “if the Senate issues a subpoena for my testimony, I am prepared to testify.”

House of Representatives Speaker Nancy Pelosi, the top Democrat in Congress, has yet to send the House-approved articles of impeachment to the Senate, putting a question mark over the schedule for a trial and buying time for Democrats to try to build the case for witnesses.

Senate Republican leader Mitch McConnell has said a trial cannot begin until the charges are formally sent to the chamber, although another senior Republican called on Sunday for the rules to be changed if Ms Pelosi does not act soon. 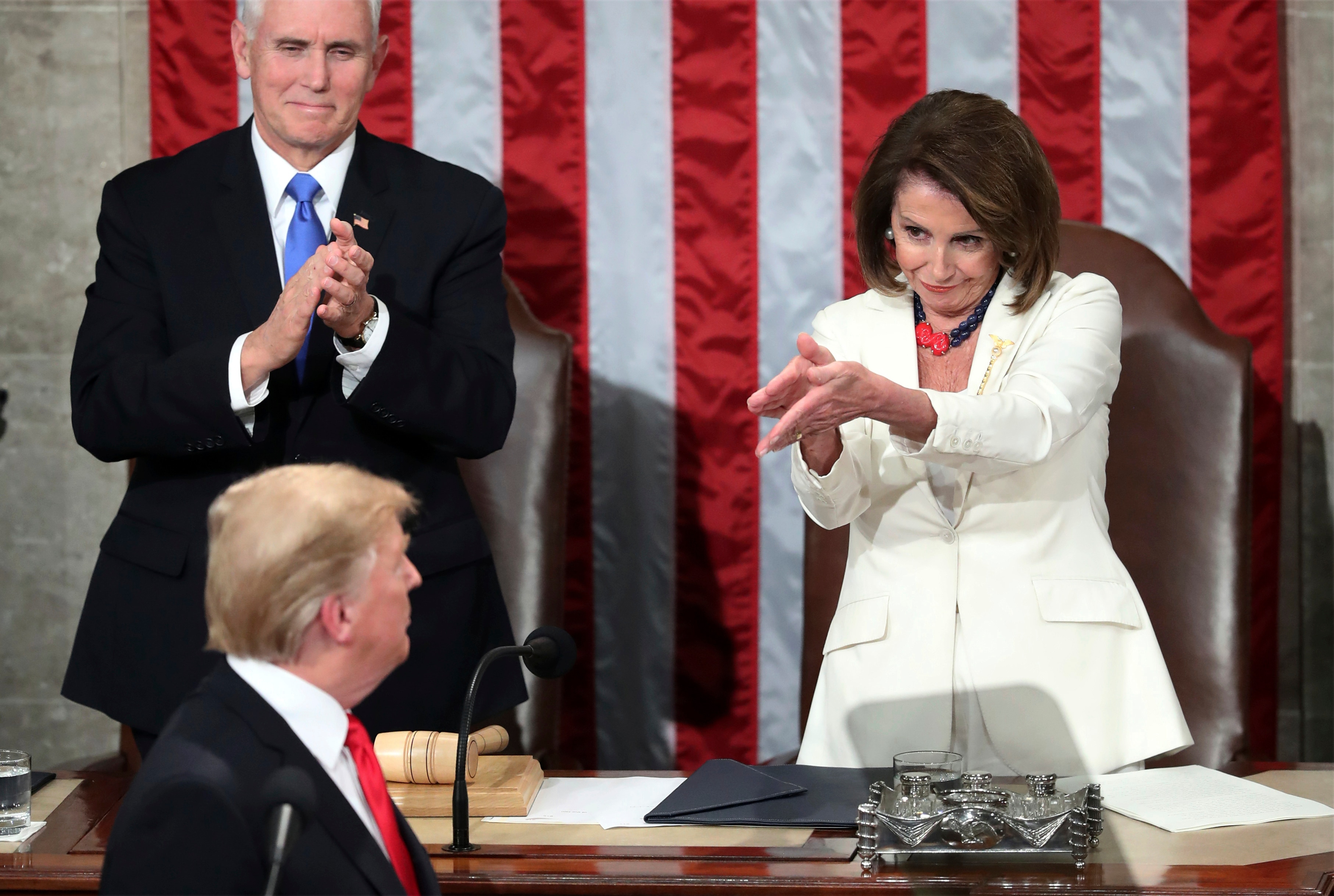 US President Donald Trump turns to House Speaker Nancy Pelosi as he delivers his State of the Union address in 2019.

The earliest the House could take any action would be on Tuesday when it reconvenes, but top Democrats have given no sign they are set to move this week.

“I don’t think it’s going to be indefinite,” House Intelligence Committee Chairman Adam Schiff, a Democrat, told CNN’s “State of the Union” on Sunday when asked about the delay in transmitting the impeachment articles.

The Democratic-led House has charged Mr Trump with abusing his power for personal gain by asking Ukraine to announce a corruption investigation of former Vice President Joe Biden, a leading contender for the Democratic nomination to face Mr Trump in November’s presidential election.

The Senate, which is controlled by Republicans, is unlikely to vote to find the president guilty and remove him from office, an act that would take a two-thirds majority.

But Democrats have been hopeful they could persuade a few Republicans to side with them on their push for witnesses, which would require only a simple majority and could unearth evidence damaging to Mr Trump.