Philippine authorities warned an “explosive eruption” of a volcano south of Manila could be imminent, hours after it sent a massive column of ash skyward that forced officials to halt flights at the capital’s main airport until further notice.

Thousands of people living near Taal volcano, a popular tourist attraction set in the centre of a picturesque lake, were evacuated from their homes as it spewed ash, rumbled with earthquakes and lightning exploded above its crest.

A “hazardous explosive eruption is possible within hours to days”, the nation’s seismological agency warned, as locals weighed whether or not to flee the area.

“I’m afraid that it might erupt, but I’ll leave it to fate. I just have to pray,” Eduardo Carino, who works in a hotel near the volcano, told AFP. 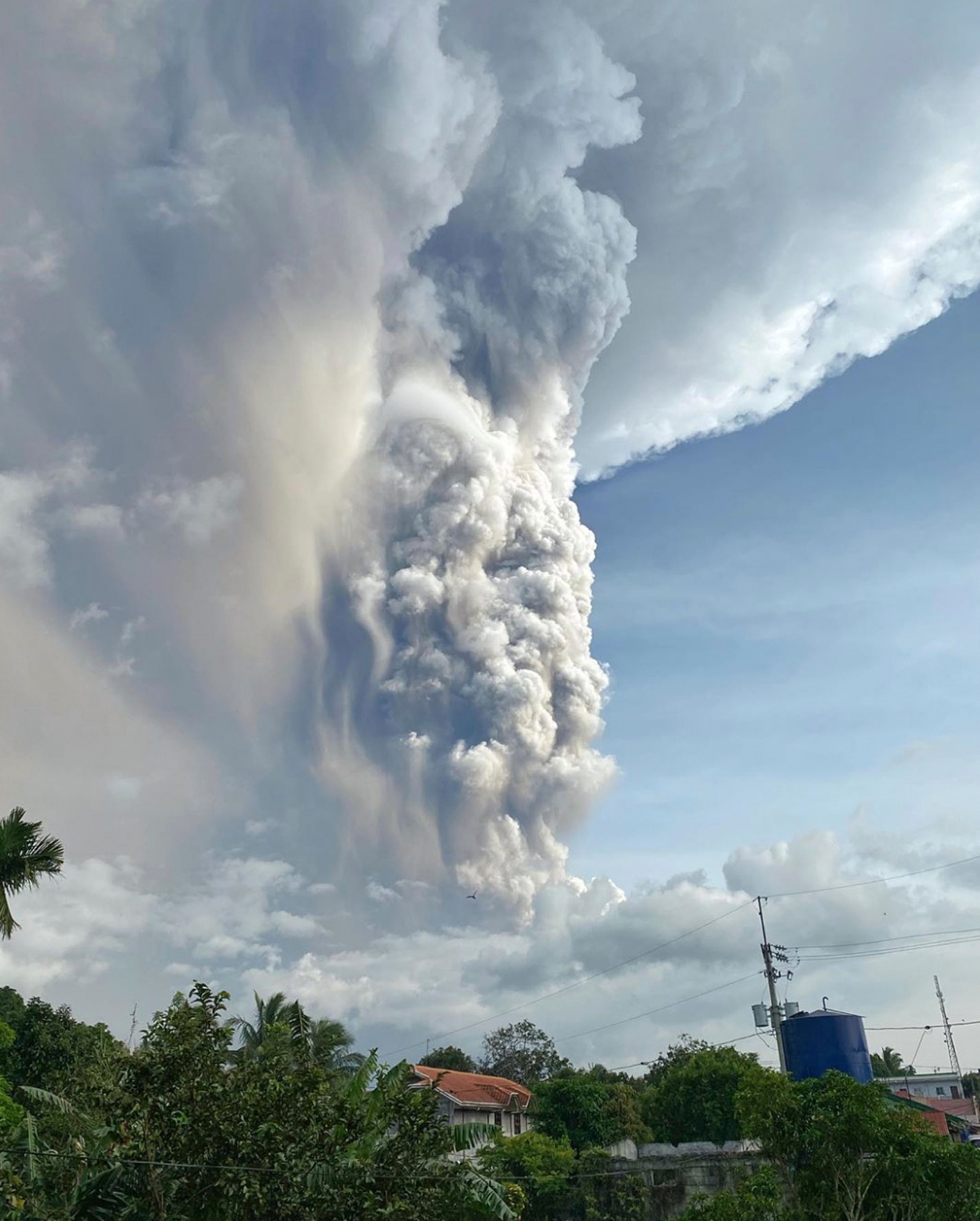 Tens of thousands of people have been evacuated and Manila’s international airport was forced to shut down.

After the ash cloud reached 50,000 feet into the atmosphere, aviation officials ordered a suspension of flights to and from the capital’s Ninoy Aquino International Airport (NAIA).

Authorities initially halted operations at NAIA for a few hours, but later on Sunday announced that flights would be suspended “until further notice”.

Transport secretary Arthur Tugade had instructed aviation officials to “do whatever is necessary in the interest of public safety”, said a joint statement from air and transport authorities.

They said they planned to reassess the situation on Monday morning.

Government seismologists recorded magma moving towards the crater of Taal, one of the country’s most active volcanoes located 65 kilometres (40 miles) south of Manila.

A column of ash was visible in the sky above Taal and several volcanic tremors were felt within the vicinity of the volcano, which is popular among tourists for its scenic view, seismologists said.

The local disaster office said it had evacuated over 2,000 residents living on the volcanic island, which lies inside a bigger lake formed by previous volcanic activity.

Solidum said officials will also order the evacuation of people living on another island nearby if the situation worsens.

“Ash has already reached Manila… it is dangerous to people if they inhale it,” he told AFP.

Social media users posted images of cars and porches coated in fine, dark-coloured grit and commented on where to buy dust masks. Earthquakes and volcanic activity are not uncommon in the Philippines due to its position on the Pacific “Ring of Fire”, where tectonic plates collide deep below the Earth’s surface.

Two years ago, Mount Mayon displaced tens of thousands of people after spewing millions of tonnes of ash, rocks and lava in the central Bicol region.

The most powerful explosion in recent years was the 1991 eruption of Mount Pinatubo, about 100 kilometres northwest of Manila, which killed more than 800 people.

It spewed out an ash cloud that travelled thousands of kilometres in a matter of days and was blamed for damaging nearly two dozen aircraft.