As global temperatures soar, Australia could become so hot and dry that the country’s residents could become climate refugees, US climatologist and geophysicist Michael Mann says.

Australia is in the midst of one of its worst fire seasons on record, with bushfires burning since September and claiming nearly 30 lives, killing more than a billion animals and razing forests and farmland the size of Bulgaria.

Some fires were so monstrous that they created their own weather pattern causing dry lightning and fire tornadoes as a three-year drought left woods tinder-dry. Evacuees from the Victorian town of Mallacoota are escorted to waiting Australian Navy ships.

“It is conceivable that much of Australia simply becomes too hot and dry for human habitation,” Dr Mann, who is director of the Earth System Science Center at Pennsylvania State University, told Reuters.

“In that case, yes, unfortunately, we could well see Australians join the ranks of the world’s climate refugees.”

Climate refugees, or environmental migrants, are people forced to abandon their homes due to change in climate patterns or extreme weather events.

Dr Mann, the recipient of last year’s Tyler Prize for Environmental Achievement, is on a sabbatical in Australia where he is studying climate change.

The co-founder of the award-winning science website RealClimate.org said the brown skies over Sydney in recent days were a result of human-caused climate change led by record heat and unprecedented drought. 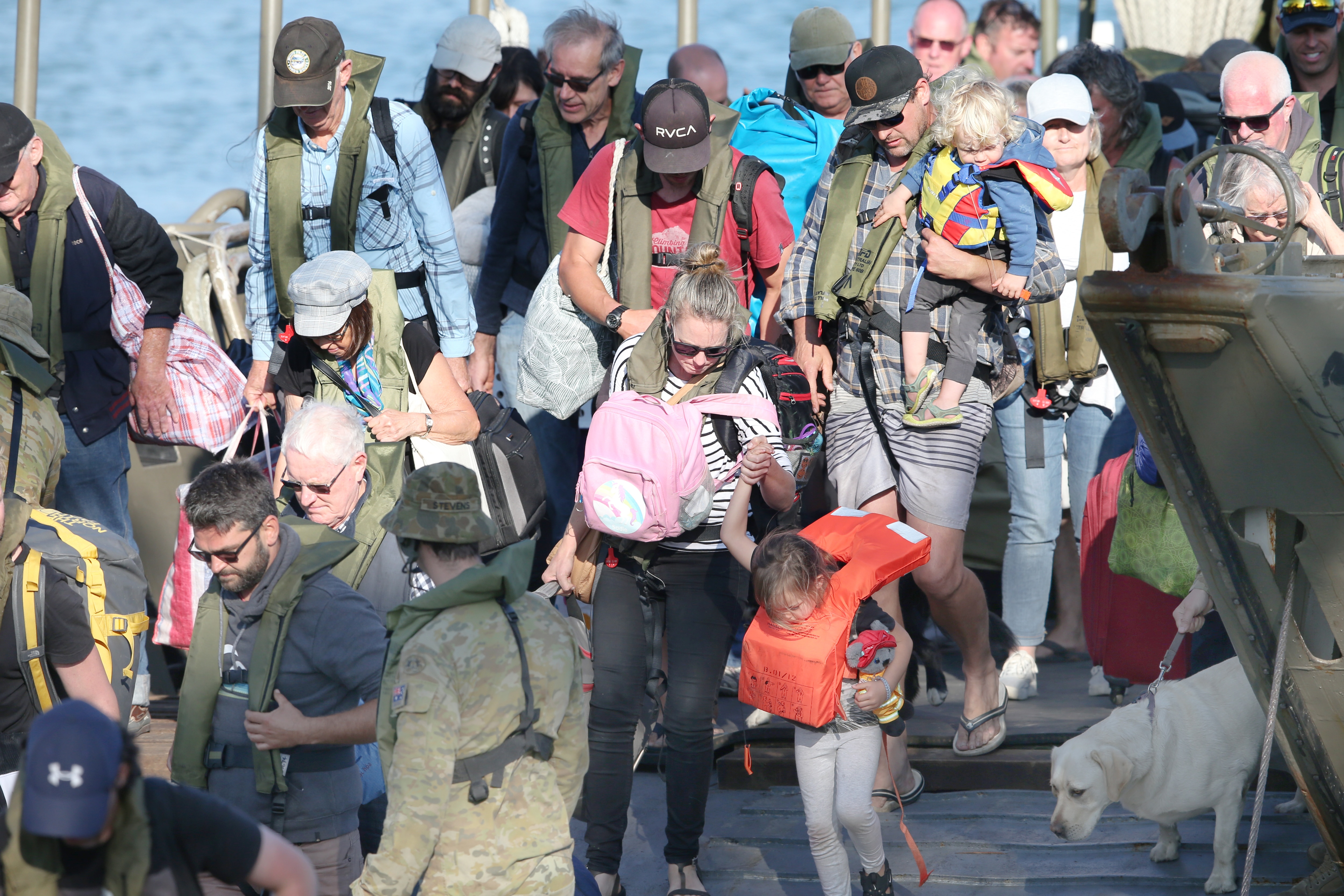 A US climate expert has warned Australians could become ‘climate refugees’.

The remarks resonate with his peers who published a review of 57 scientific papers suggesting clear links.

Climate change has led to an increase in the frequency and severity of what scientists call “fire weather” – periods with a high fire risk due to some combination of higher temperatures, low humidity, low rainfall and strong winds, the review found.

Prime Minister Scott Morrison has repeatedly said his government would “meet and beat” a 26 per cent global emissions reduction target agreed in Paris, albeit with a caveat that such goals should not come at the cost of jobs and the economy.

Dr Mann, the author of four books including The Madhouse Effect, said Australia could still “easily achieve” the target by shifting towards renewable energy.

“It’s possible to grow the economy, create jobs, and preserve the environment at the same time. These are things that all Australians could embrace,” he said.

“They just need a government that’s willing to act on their behalf rather than on behalf of a handful of coal barons.”