Android 10 has already arrived on some phones and tablets, including Samsung’s Galaxy S/Note series, Google Pixel devices, OnePlus phones, and more. As with previous big Android updates, we’ll continue to see a trickle to more models over the coming months.

Many of Android 10’s most important changes are under the hood, or aren’t as apparent as a full-on interface redesign, so you’d be forgiven for not noticing every new feature on your own. That’s why we’re going over the most important features here, and how they can make your smartphone or tablet better than ever.

Android 9 Pie already had gesture-based system navigation, but Android 10 takes it a step further by removing (most) of the bottom navigation bar and introducing new full-screen gestures. You swipe up to go home, swipe up and hold to switch between apps, and swipe from the sides to go back. It takes some getting used to, and there are still rough edges — I’ve lost track of how many times I’ve activated the back gesture while trying to open an app’s side menu.

If you want to try out the new gestures, just search for “navigation” or “gestures” in the Settings app. Other navigation options should be available from the same screen, including the classic three-button bar and whatever custom gestures your phone’s OEM has implemented (Samsung has its own gestures, for instance).

Notifications have received a minor update with Android 10; they are now organized into two categories: ‘Alerting’ or ‘Silent.’ The former will vibrate/ring your phone and appear at the top of the notification stack, while the latter won’t alert you, and instead will appear in a ‘Silent’ section at the bottom of your notifications. Pretty simple. 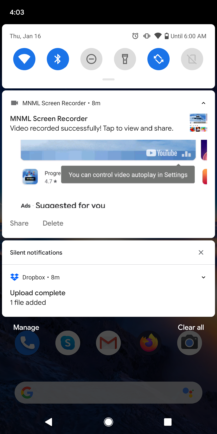 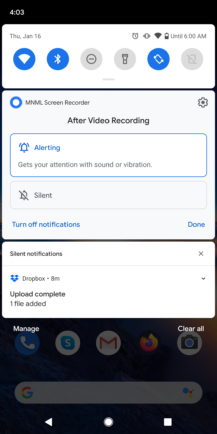 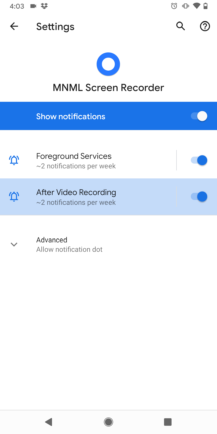 You can change what category notifications go into by holding down on them in the notification panel. As with previous Android releases, you can also mute alerts (or specific alerts) from an app entirely.

While some device manufacturers have already implemented their own dark modes, like Samsung, Android 10 includes a system-wide dark mode that works with system and third-party applications alike. Switching your phone to the dark theme should also make all of your apps dark — or at least, all the apps updated to recognize the setting. 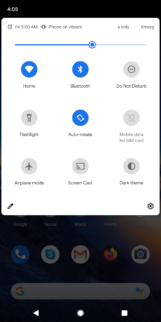 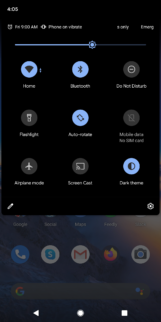 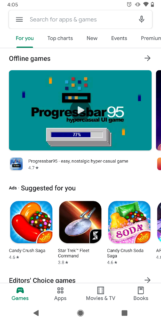 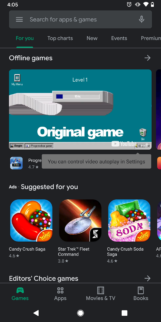 You can try this out by pressing the ‘Dark theme’ toggle in the quick settings panel.

iPhone owners aren’t the only ones who get new emoji with OS updates: Android 10 includes updates to almost 800 icons. Just like the old blob-style Android emoji, icons of people and faces are now gender-neutral by default, and you still have the option of picking a male or female design in a variety of skin tones. 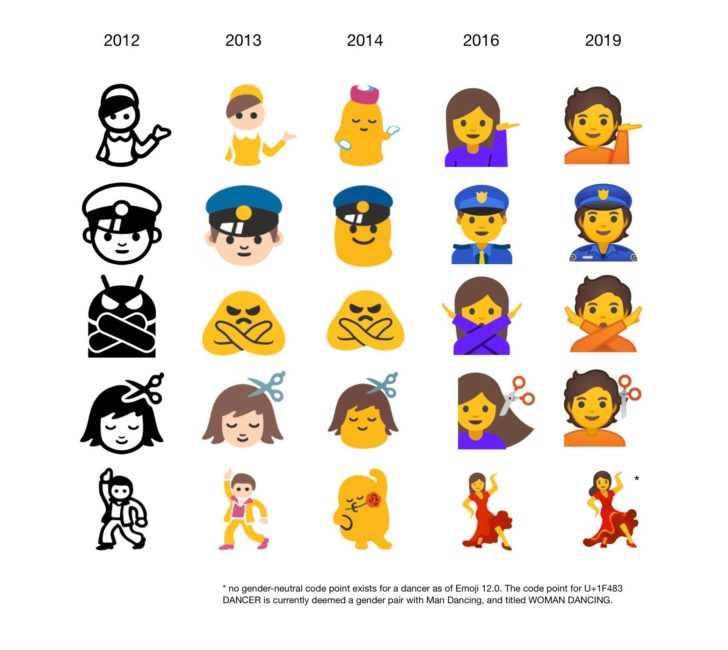 There are also a bunch of new emoji to match the Unicode 12 standard, including icons for wheelchairs, onions, waffles, butter, hearts, circles, squares, service dogs, and more. That sloth emoji is adorable. 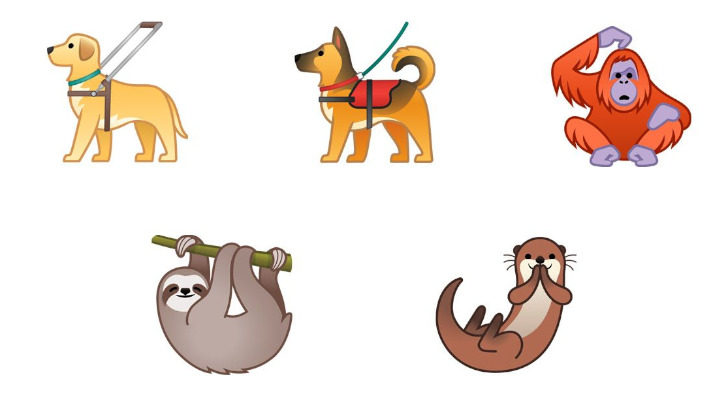 Some of the new animal emoji in Android 10 (credit: Emojipedia)

As always, some device makers have their own designs for emoji, so the appearance of these might vary depending on what phone or tablet you have. All the same emoji should be present, though.

Android 10 has a new ‘Privacy’ menu in the Settings app. While most of the options here are not new, it does consolidate all privacy-related settings in a single place, which is convenient. 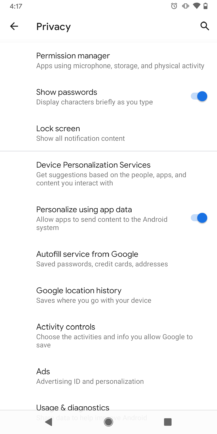 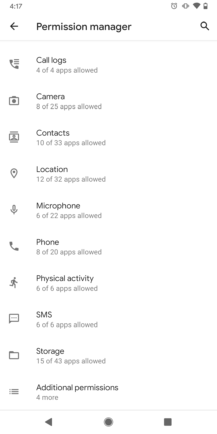 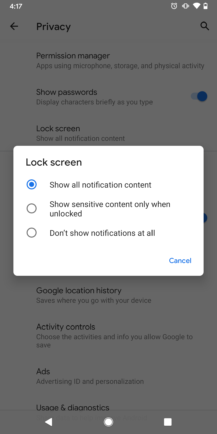 Here you can change what data gets sent to Google, what permissions all your apps have, what alerts appear on your lock screen, and more.

One of my favorite changes in Android 10 is the ability to block applications from accessing your location when they are not running. For example, if there’s an app you don’t particularly trust but have to use for one reason or another (coughFacebookcough), you can prevent some of its ability to track you. This can be done from the previously-mentioned Privacy settings.

Android 10 just notified me that @instagram has been tracking my location in the background. @facebook has so many sensors to keep tabs on everyone. So evil pic.twitter.com/goYsoYqTUP

Every breath you take, every move you make, I’ll be watching you. pic.twitter.com/vZMk1qH7Po

Even better, Android 10 will snitch on apps that access your location in the background, and give you the option of blocking future background access.

Here’s an Android 10 feature that might take a while for most people to notice: you can now skim through media straight from the app’s playback notification. Super cool.

A few apps already include reply suggestions in message alerts, but now Android 10 adds them to any app. The feature uses on-device machine learning to generate automated replies, so the contents of your messages aren’t being sent to any servers for processing. 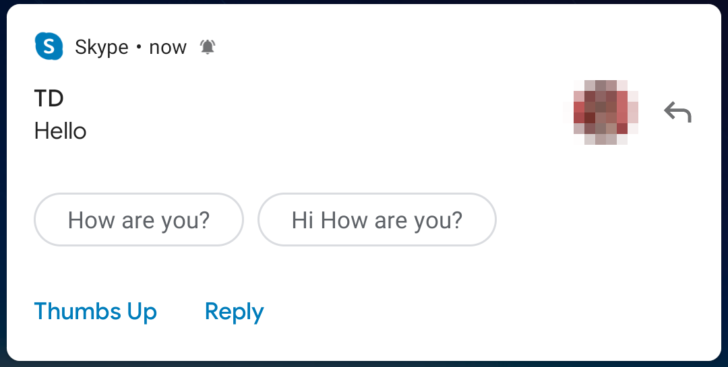 The only catch is that smart replies won’t appear for every single app, since Google allows apps to disable this functionality (or provide their own suggestions). Lame.

If you have an extremely long Wi-Fi password, Android 10 lets you share networks using QR codes. Just head over to your Wi-Fi settings, select the desired network, and press Share. 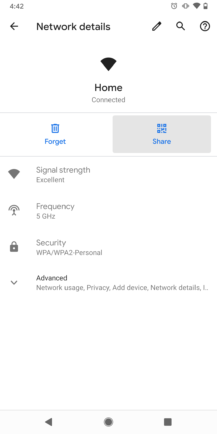 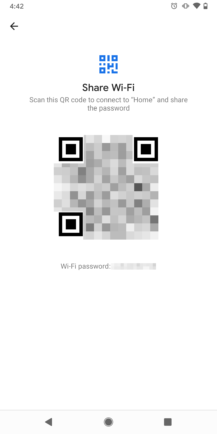 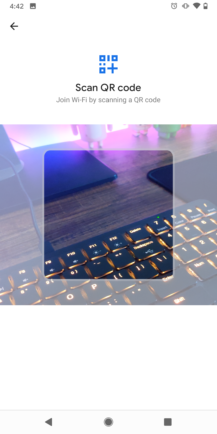 Sharing and scanning Wi-Fi QR codes from the Settings app

Your phone will then give you a QR code, which someone else can scan using their Camera app. The scanner is also accessible from the Wi-Fi settings. Of course, the other person will likely need Android 10 installed as well, unless their device maker added this functionality to earlier versions of Android. 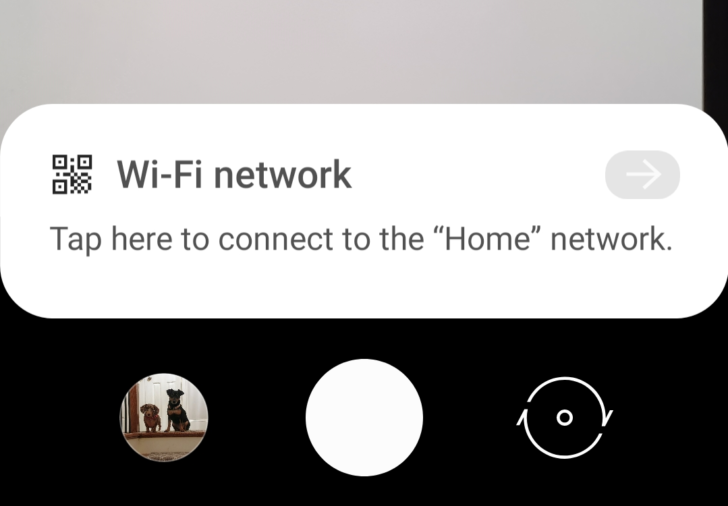 Scanning a Wi-Fi QR code from the Camera app

You know the share menu in Android that always takes a few seconds to fully load? With Android 10, all the share options are initialized before you ever open the menu, meaning it’s much faster. In some cases, you also get a preview of what exactly you’re sharing (a link, picture, etc.) at the top of the menu. 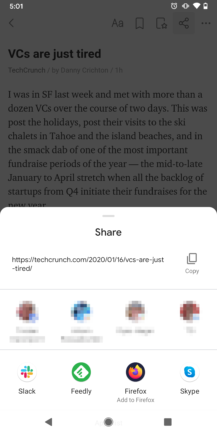 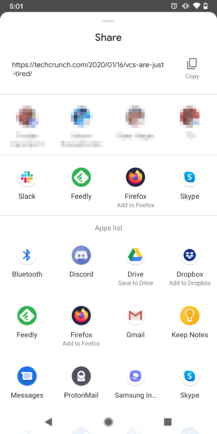 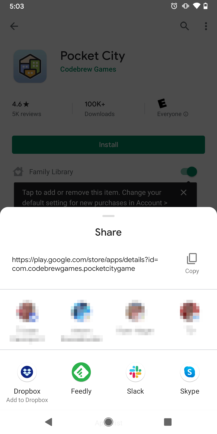 The top section with specific contact recommendations can still take a little while to load, but it no longer causes the entire share sheet to shift down, like it did on Android 9 Pie (at least with stock Android/Pixel devices).