Flash floods have inundated the Gold Coast and parts of Brisbane after more than 300 millimetres of rain fell overnight, just weeks after catastrophic bushfires lashed the country’s east coast.

Flooding closed parts of the Pacific Motorway for several hours on Saturday, before being reopened at midday local time.

It came after the Cunningham Highway was closed on Friday night due to localised flooding.

In Monterey Keys on the Gold Coast, more than 146 millimetres of rain fell in two hours, which the Bureau of Meteorology (BoM) described as a “once in a hundred years event”.

BoM Meterologist Peter Markworth said the Sunshine Coast, Gold Coast and Brisbane might experience some more showers and thunderstorms over the coming hours, but said the rainfall would be significantly less than the previous 24 hours. 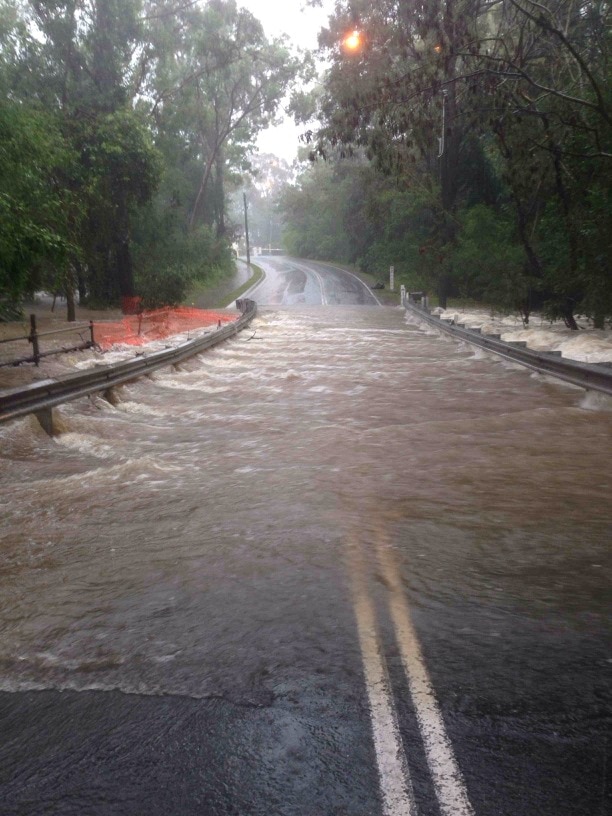 Flash flooding has been reported across the Gold Coast and parts of Brisbane, with highways and roads cut off by water.

Heavy rain and thunderstorms are expected to continue for the next two days with the trough that bucketed rain and caused flash-flooding in Queensland moving south.

Rain has also helped quench nearly half of the bushfires burning across NSW.

On Saturday afternoon, there were 69 bushfires burning – none of which were at “watch and act” or “emergency” levels.

Last Sunday, there were 111 bushfires burning.

On Friday, staff at the Australian Reptile Park on the Central Coast raced to rescue animals as the park experienced flash flooding.

BoM forecaster Abrar Shabren said fire grounds near the mid-North Coast and up to the Northern Rivers area had received significant rainfall, including up to 200 millimetres in some cases.

“On average, you need at least 30 millimetres of widespread rainfall across the foreground to ease those fires,” Mr Shabren said.