Michael Hooper still wants to captain the Wallabies despite deciding to stand down as Waratahs skipper and hand the baton to lock Rob Simmons.

The Waratahs announced the captaincy change on Wednesday and, with no small measure of coincidental timing, just ahead of their last trial match against Simmons’ former team Queensland on Friday in Dalby.

Simmons, 30, served as an interim Reds captain in 2016 and will become the fourth player to captain both the Queensland and the Waratahs, following Tom Lawton Snr, Geoff Shaw and Jason Little. 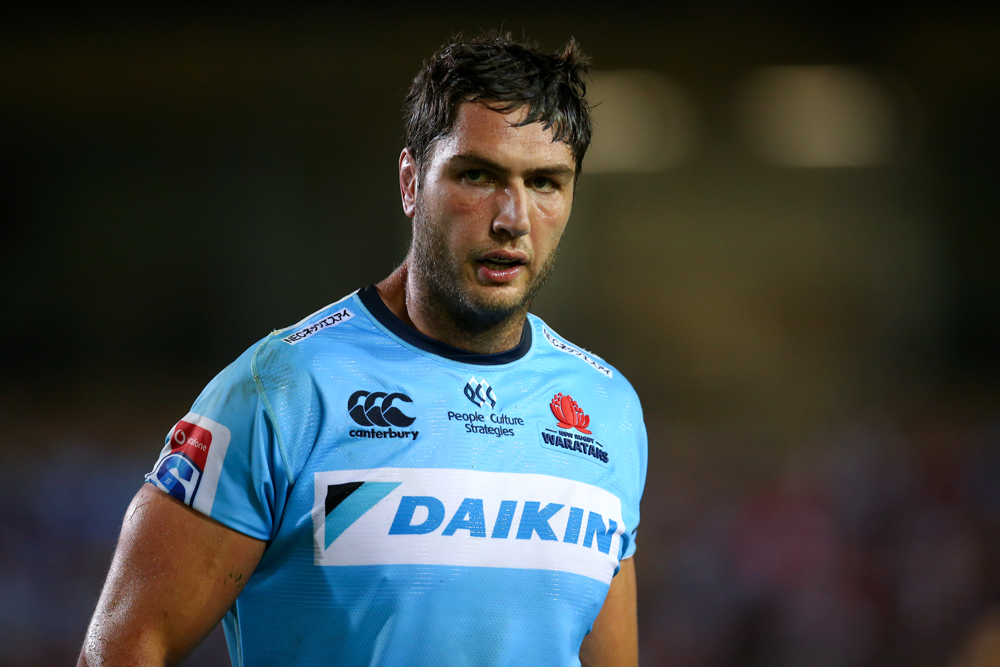 Kurtley Beale has also been appointed vice-captain of the Waratahs.

Hooper said his decision to step down as NSW captain – a role he has held full-time since 2016 – was something he’d been mulling over for the last 18 months, and had pulled the trigger on after a tumultuous 2019 that saw NSW finish 12th, the enervating Israel Folau saga and the Wallabies crashing out of the Rugby World Cup in the quarter-finals.

The arrival of new coach Rob Penney and a generational change at the Tahs opened the door for Hooper to step aside.

And while the decision raised questions about whether he’ll continue as Wallabies captain under another new coach Dave Rennie, the 28-year-old flanker said his desire to stay as Australia captain was not wrapped up in the same thought process.

“That’s a fair way away, but no, my thoughts on that have not changed,” Hooper said.

“I still do think I have a lot of growing in myself, in my gameplay and my captaincy. There are conversations Dave and myself will be having, I am sure in the future. But it is a bit of time off, so I am dealing with the here and now.”

Interestingly, Rennie was spotted at Waratahs training on Wednesday, as one of the first stops on his national tour.

Hooper has been captaining teams since he was a very young man, and led the Wallabies in 2014 at the age of 22; making the youngest Test captain since 21-year-old Ken Catchpole in 1961.

He led the Waratahs in the Super Rugby final in the same year (due to Dave Dennis’ injury), and assumed full-time duties for NSW in 2016, and for Australia in 2017.

The toll of both roles, on and off the field, was simultaneously a privilege and “taxing”, he said.

“It is something that has been on my mind, in this environment, for a good 18 months. It hasn’t been something that’s been on a whim or anything like that,” Hooper said.

“I went into last season fully committed to the role but also before that having question marks over my position as captain.”

“Having to do both roles now, for quite some time. It would be remiss of me to say it doesn’t have a taxing effect. There is much more than just running out on the park and leading the team out on the weekend.

“It is also an amazing privilege, right? Leading my country and leading my state is an amazing feeling. I feel very proud for my family that we have had that for the last four and plus years, and a lot of games.

“There is performances of teams that weigh into it, there’s you guys (the media) who are all my friends but having to speak every week is tough and tiring sometimes, to try and get the message right and represent the team as best as possible.

“Also a big part of it is I have another four years here, and I want to make those four years really special and take my personal game and my leadership to another level. Actually stepping back is going to allow me to do that.”

Asked if the Folau saga had taken a toll on him, Hooper said: “It took a toll on everyone, but like I said, it is one part of a broad umbrella of things you deal with as captain and as a leadership team. Everything is a factor.”

Hooper said he didn’t believe leadership had had a detrimental effect on his game but believed relinquishing the role in Super Rugby would benefit the team on a new-voice basis, and help him lift his game; albeit while still serving as a leader alongside Simmons.

Hooper’s ability to shoulder the burdens of rugby during some controversial years off-field, and some disappointing years on it, was praised by Penney.

“He has handled it magnificently well hasn’t he?” Penney said.

“It just shows the character of the guy and his resilience and toughness and ability to deal with a lot of tough situations, both at state and national and international level.

“He has chosen to take a step back from that and I think that could be the greatest learning moment for him … take a debrief and look to be a leader in a different sense.

It is not unusual for Test captains to not lead their state teams. In New Zealand, All Blacks captains often don’t lead their Super Rugby teams – current skipper Kieran Read is led by Sam Whitelock at the Crusaders and Read served as Crusaders captain when Richie McCaw was New Zealand captain as well.

As one of only a handful of experienced Wallabies left at the Waratahs, 101-cap Simmons made perfect sense for Penney as he looked for a regular starter with the requisite respect and miles on the clock to lead.

But Simmons admitted his is anything but the traditional pathway to NSW captaincy, having grown up in the tiny rural Queensland town of Theodore and having played 112 games for Queensland in 10 seasons prior to switching to NSW in 2018.

Hooper said Simmons would have once considered the Waratahs as a team he’d never play for, but after the Reds showed him the door, he has re-invented himself in NSW colours.

“It wasn’t a dream of mine as a kid that’s for sure. I grew up in central Queensland … but it’s a huge honour to be seen in this light and a massive privilege to lead these inexperienced kids,” Simmons said.

“I said that to him (Hooper) straight away, I said “I won’t be able to do this without you” and I love the opportunity, that he is still around so I can lean on him and use his past experiences and come up with decisions together and do whats best for him.”