Melbourne received a dirty dumping of rain overnight, with many waking this morning to brown pools, spas and cars.

It began with a dust storm in the state’s north yesterday, which turned the sky orange and reduced visibility at Mildura airport to just a few hundred metres.

A cold front then carried the dirty air to Melbourne.

One caller told 3AW’s Denis Walter last night her car was “like a coffee cup”.

Burnley train station was closed throughout the morning peak due to flooding. The station was reopened just after 9.30am.

Callers from all over Melbourne told 3AW’s Ross and John they’d woken to pools which looked like the Yarra River this morning.

Meanwhile, the actual Yarra River is even browner than usual, and the water level is much higher!

Lower clearance than usual for rowers on the Yarra this morning. pic.twitter.com/02dSGHimMR

Avalon received 34mm of rainfall overnight, while Melton has had 31mm, and most parts of Melbourne received in excess of 20mm of rain.

Damaging winds and persistent rain overnight prompted about 430 calls to the SES.

The outdoor pools at the Harold Holt Swim Centre, Prahran Aquatic Centre and Brunswick Baths are closed this morning.

The Urbnsurf surfing centre in Tullamarine has also been closed due to the dirty rain.

The EPA has issued a water quality warning for all 36 beaches in Port Phillip. People have been warned not to swim in the water for 48 hours, or to let their pets swim.

Dino Tantaro from Bundoora Pool and Spa shared some advice for pool owners who don’t know what to do with their filthy pools.

“The first thing is take your automatic cleaner out, so if you’ve got a creepy crawly, or a robot, or something like that, take it out because that’s only going to make things messier,” he told Ross and John.

“Use a type of flock or coagulant … what that will do is that will take all the floating dust or debris that’s actually floating in the water, and it will settle it down on the bottom.

Press PLAY below for advice on what to do if you’ve woken to a brown swimming pool.

While Melbourne’s pools may look scary today, they’re probably safe to swim in.

“I don’t think there’d be any health issues at all with swimming in it. It just looks terrible,” Dr Ian Wright, water quality expert from the West Sydney School of Science, told 3AW’s Neil Mitchell.

But the dust is far from harmless, and plenty of it is still in the air.

“It can trigger respiratory problems, so for vulnerable people with asthma or any respiratory condition, I’d be really careful and stay indoors while this is going on.

“With the combination of the bushfire smoke and with the dust, and they’re often together, a lot of people that have no respiratory problems have been admitted to hospital.”

Press PLAY below for more.

On 3AW Afternoons, Dee Dee Dunleavy spoke to Shannon Lush about what to do to get rid of the dust from your pool.

“I put a pillow case on a coat hanger and I run it through the water, it is a finer filter.” 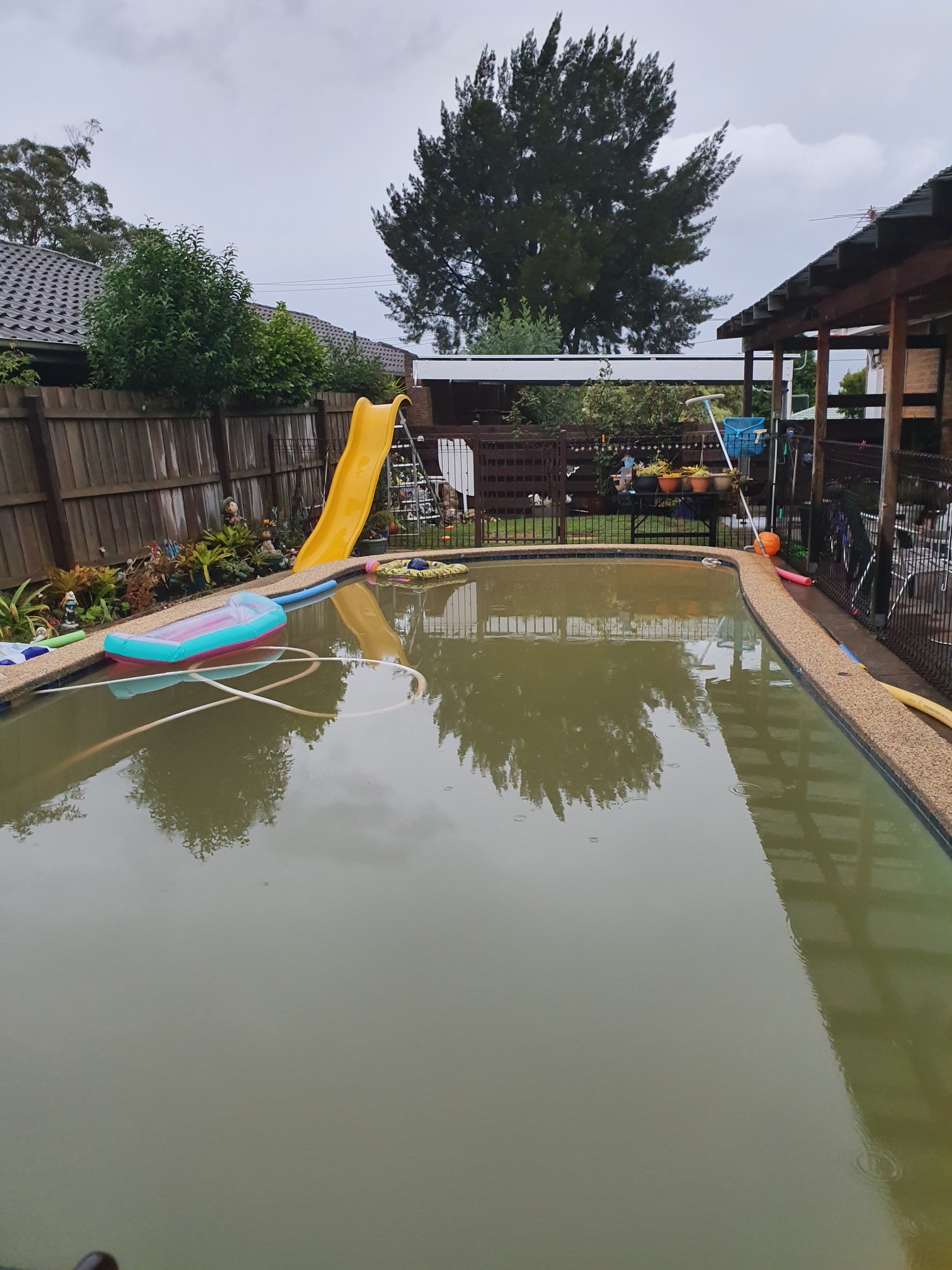 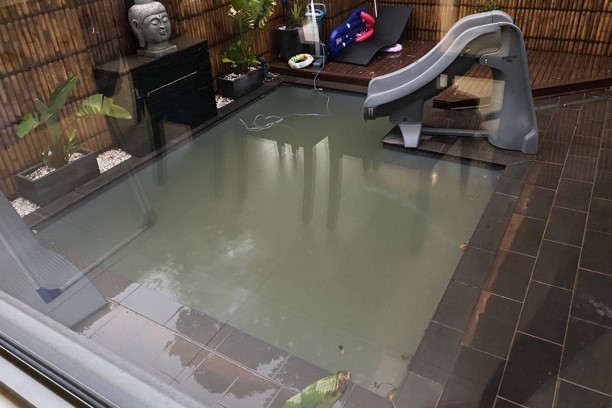 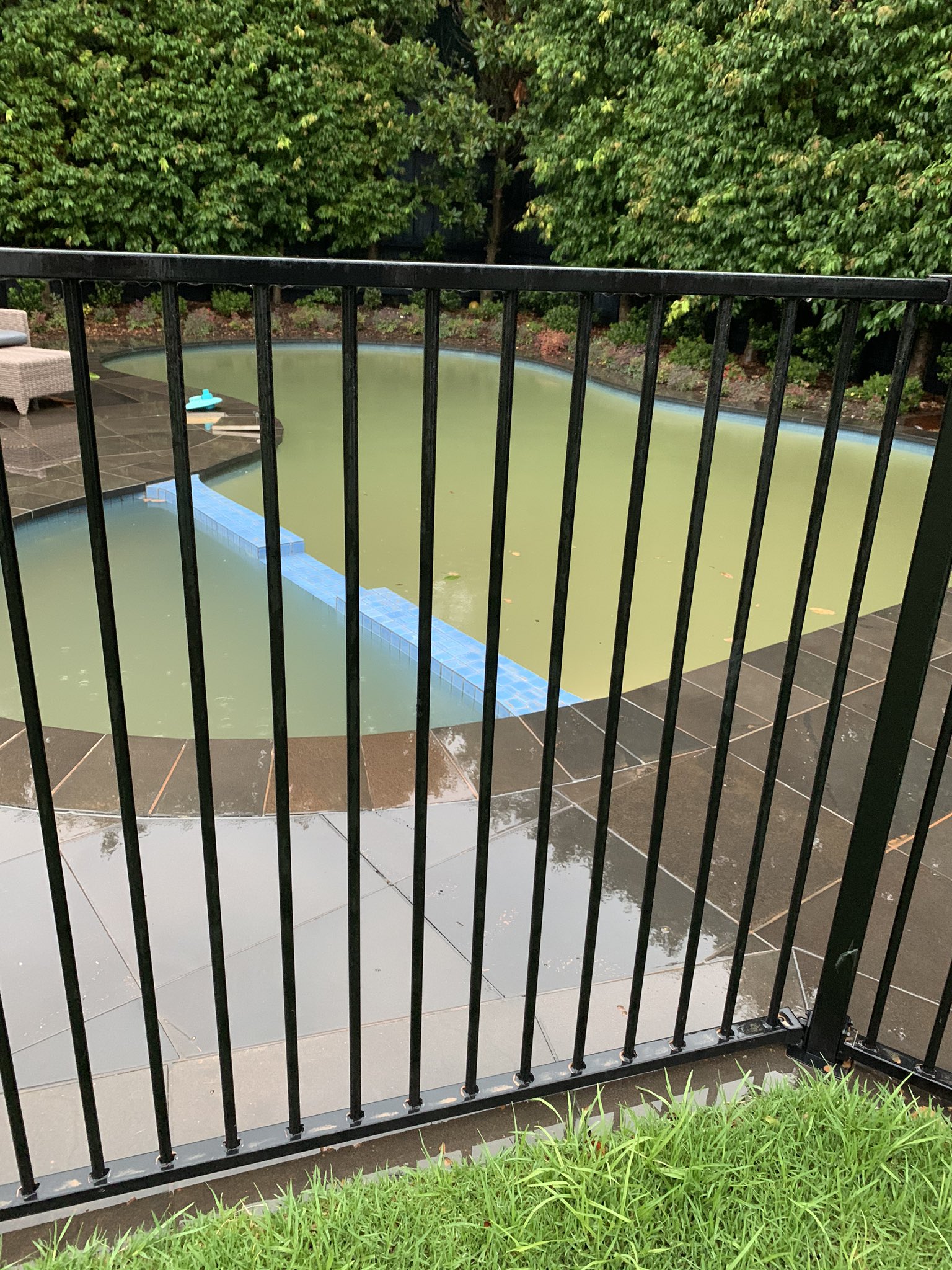 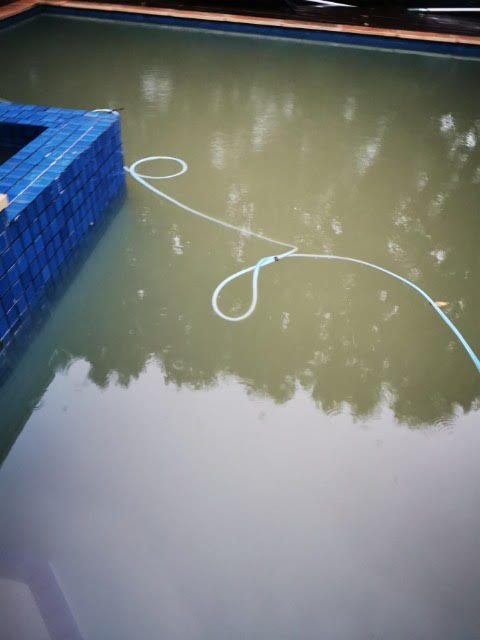 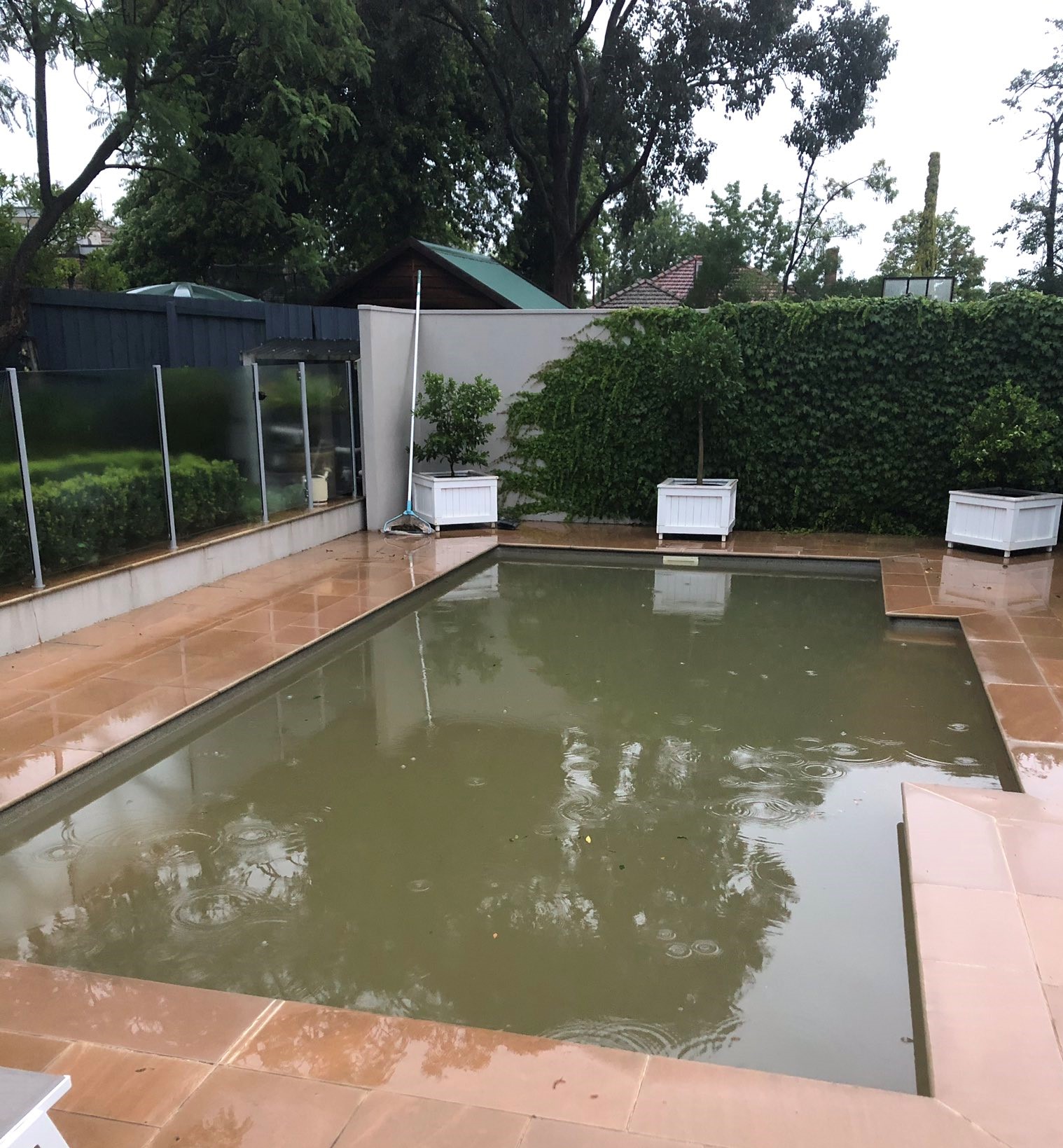 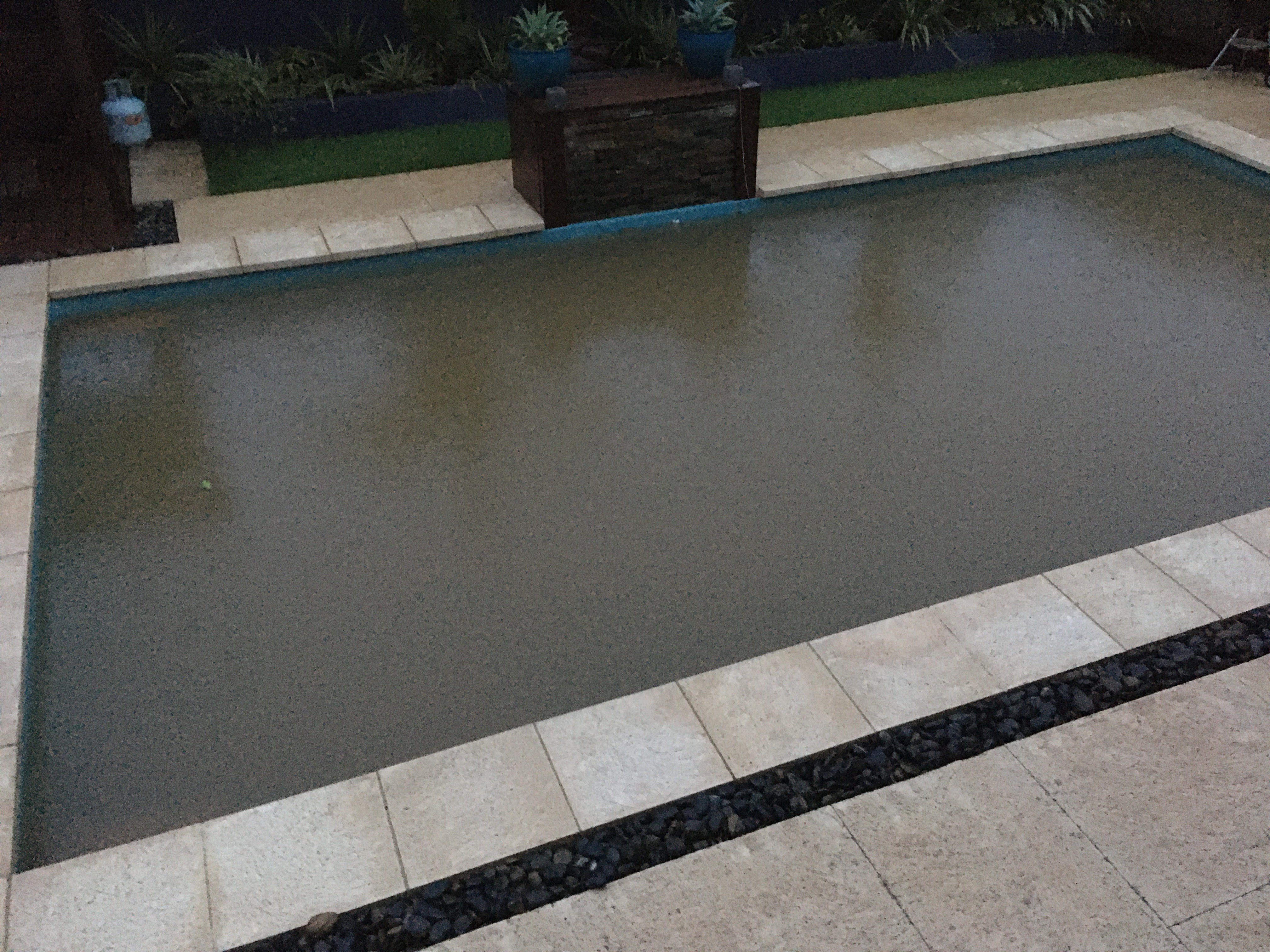 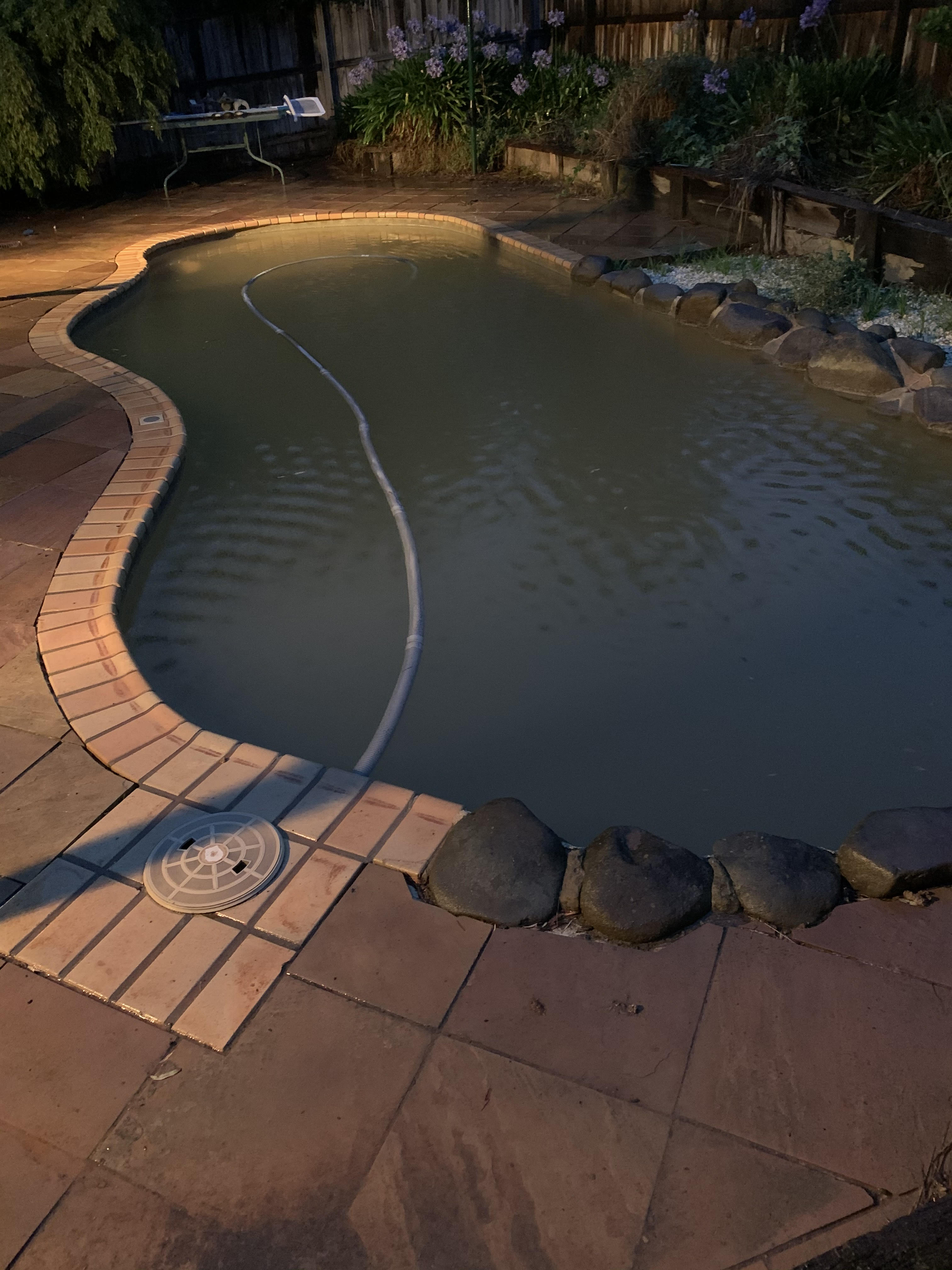 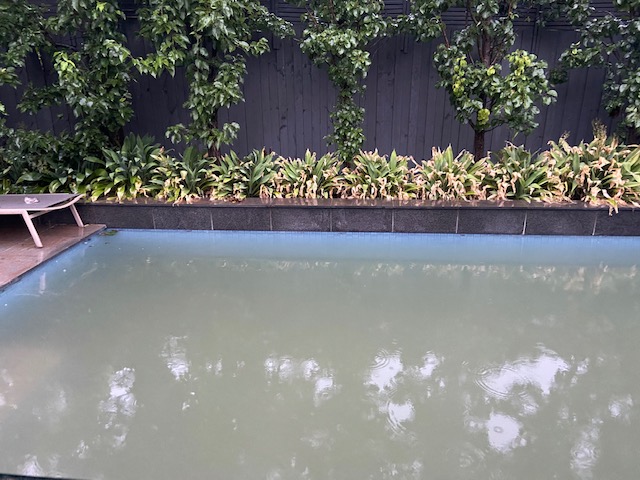