At least six possible cases of the new coronavirus are currently under investigation on Australia’s east coast after the virus was found to be responsible for the deaths of at least 25 people in China.

In a statement on Friday, a NSW Health spokesperson confirmed four people were currently being tested for the SARS-like virus but declined to reveal their locations due to privacy concerns.

“We will update the public immediately of any confirmed cases and need to disclose a person’s movements,” they said. 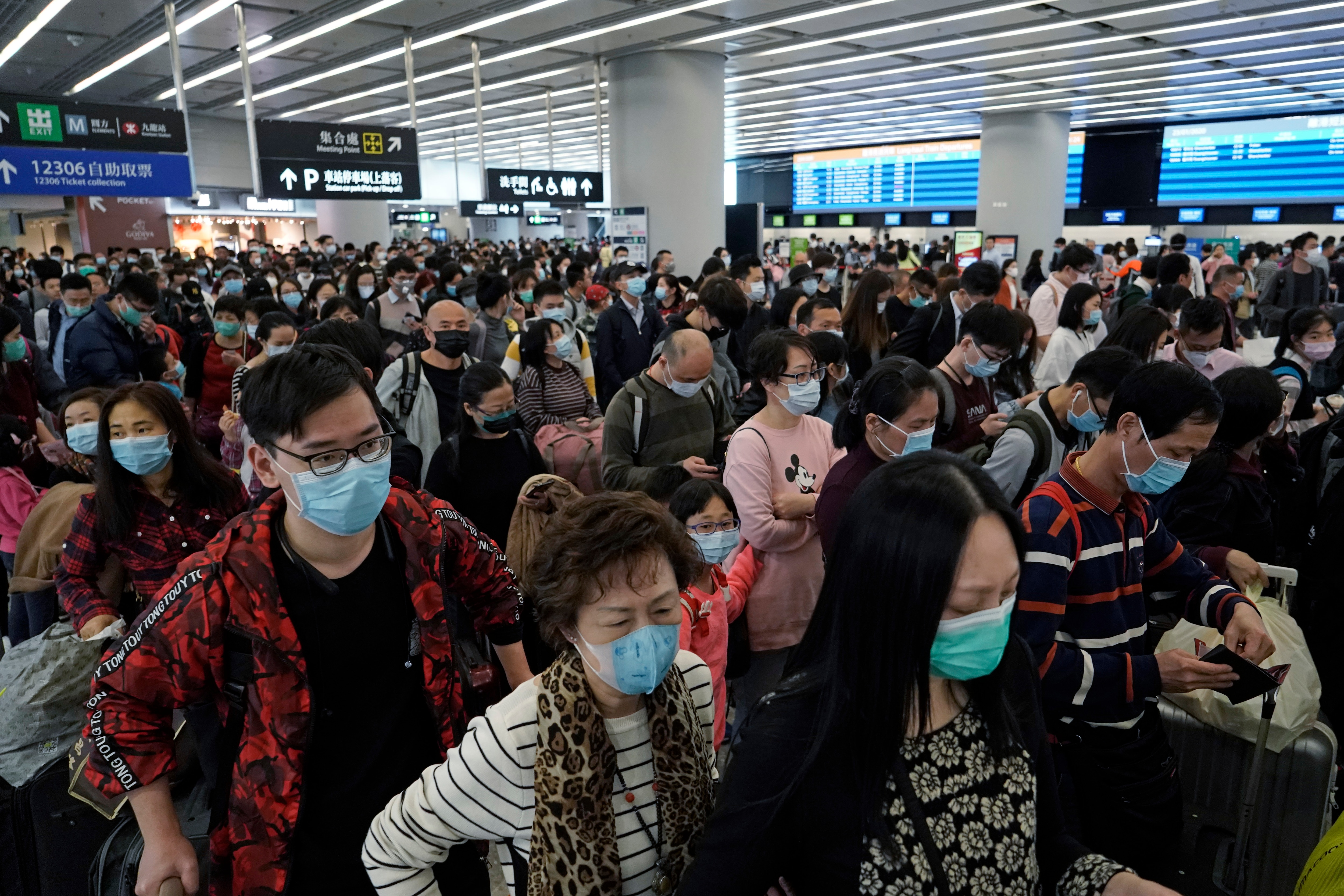 China has locked down millions of people in an effort to keep a lid on the situation. Pictured, people wear face masks at Hong Kong Airport.

The announcement comes after Queensland’s chief health officer Jeannette Young said two people were under investigation in Queensland and another four had been tested and cleared.

Dr Young urged anyone with symptoms of the respiratory disease to immediately see medical professionals.

“We’ve already tested four individuals who were suspected cases. All four came back negative,” she told reporters on Friday. “We’ve got another two suspects at the moment that we’re assessing who may need testing.”

So far there have been no confirmed cases in Australia.

“Should we get a positive case in Australia, we are extremely well-prepared to isolate and manage them,” the Australian Government Chief Medical Officer Brendan Murphy said on Friday afternoon.

“The story around the deaths are that they have pretty much been in elderly people or people with other medical conditions.”

The virus originated in China and has already spread to seven other countries, including the US, Vietnam and Japan.

Professor Murphy said he expected the number of cases outside of China to increase for some time, but insisted Australians had no reason to be concerned.

More than 830 people in China are believed to have been infected with the virus, and another 14 overseas, which has led to the lockdown of more than 20 million people, with planes and trains suspended in the Chinese city of Wuhan.

Hours after announcing the Wuhan lockdown, authorities in neighbouring Huanggang city announced public transport and train services would be suspended at midnight, while people were told to not leave the city of 7.5 million.

One of the last planes to leave Wuhan before the lockdown landed in Sydney on Thursday, with health authorities immediately testing all on board.

Home Affairs Minister Peter Dutton told Nine News on Friday that Australia had the “world’s best protocols in place” to guard against a potential pandemic of the disease.

“I think people should recognise that in a country like ours the health services are the best prepared, best able to respond, and they can quarantine people very quickly,” he said on Friday.

The previously unknown virus strain is suspected to have originated late last year from illegally traded wildlife at an animal market.