Following Prince Harry and his wife Meghan’s decision to step back from their roles in the royal family, there is an opening for two minor members to step up and take on more senior roles.

And according to royal biographer Robert Lacey, it is clear who should be “brought forward” to fill the Sussexes shoes.

Lacey, who is also the royal consultant for Netflix drama The Crown, says Prince Andrew‘s daughters Princesses Beatrice and Eugenie are the obvious pick.

“It’s what the family needs as it’s another 15 years before Prince George’s generation steps up,” he noted.

However, other royal experts disagree.

When Prince Andrew was forced to step down late last year following the fallout over his Jeffrey Epstein interview, commentator Katie Nicholl told 9Honey the princesses were unlikely to step up, not even to fill their father’s role.

“I think being one royal down, means there is more work. It means that it will fall to the younger generation,” Nicholl said.

However, the author and columnist didn’t believe the Duke of York’s daughters would be among that “younger generation”.

“Everything has been about encouraging Beatrice and Eugenie to have their own careers independently of the royal family and I think there will still be occasions when they are called upon to represent the Queen but I don’t think you’re going to see a scenario where they’re going to take on their father’s work and taking more royal responsibilities because it’s not in-keeping with the new vision for the slimmed down monarchy,” Nicholl said.

Princess Beatrice, 31, who is also currently busy planning her wedding to Edoardo Mapelli Mozzi, has a successful career as vice president of partnerships and strategy at software company Afiniti.

Princess Eugenie, 29, has carved out a career in the art world and is now director at the London art gallery Hauser & Wirth.

However, now with the monarchy three working members down, perhaps Her Majesty will need to think about bringing in reinforcements.

Although this would clash with Prince Charles’s vision of a more streamlined monarchy. 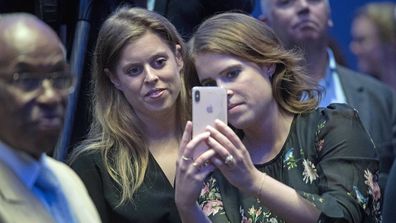