One by one the rapists have filed petitions of mercy to the country’s president, waiting until one is rejected before the filing the next.

Local media has labelled it delay tactics, to suspend their scheduled 1 February execution – an event which is looking increasingly unlikely.

Indian law states if multiple people are convicted of the same crime they must be punished together. 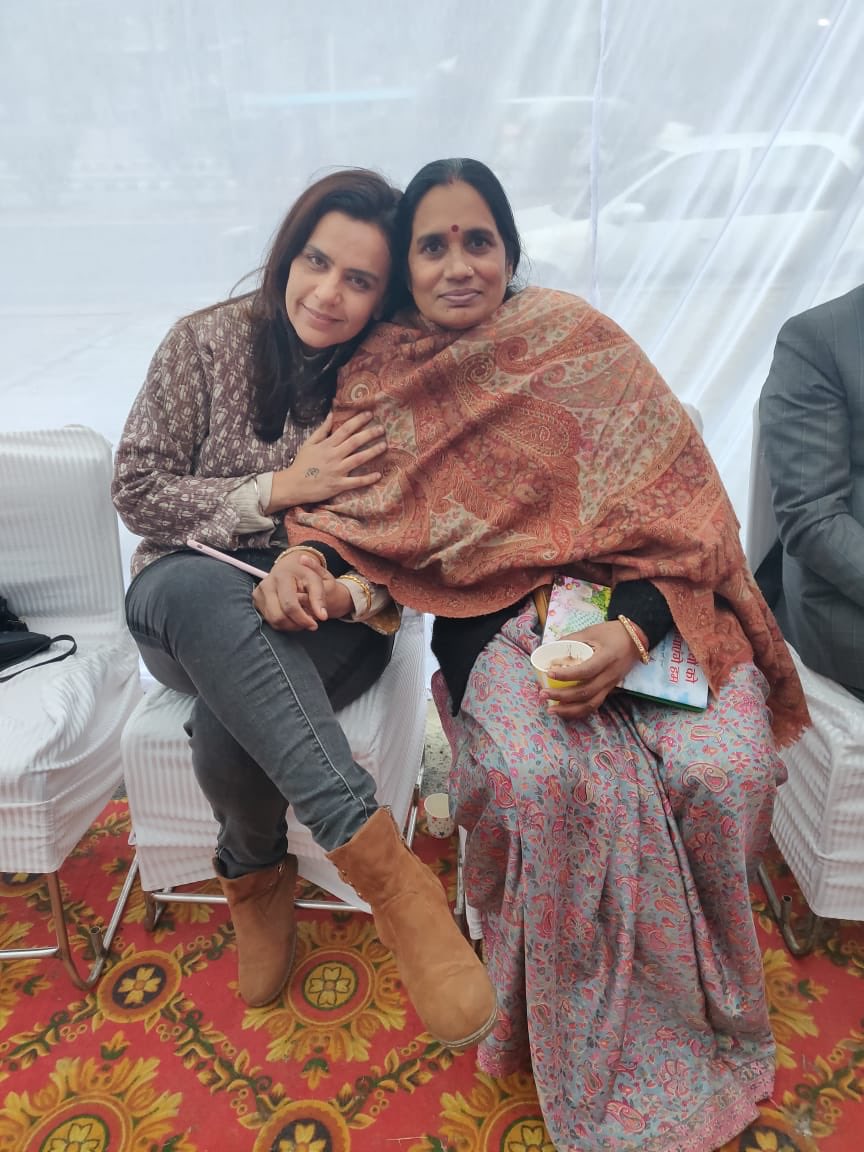 Yogita and the victim’s mum.

Social worker Yogita Bhayana has sat beside the victim’s mother at every appeal.

“She gets frustrated but she is still fighting on. She gets disappointed, many times she cries, but she is keeping that fight on,” she said.

“Every time she has to go to the court – and for her that is a full day struggle, emotional trauma.”

The significance of “Nirbhaya”

The 23-year-old cannot be named by the media for legal reasons, so she’s become known as ‘Nirbhaya’ or fearless.

She was gang-raped by six men on a bus in New Delhi in 2012, suffering massive internal injuries.

She died a week later in a Singaporean hospital.

The horrific case sparked widespread protests and politicians promised change. Women thought this would be the turning point. 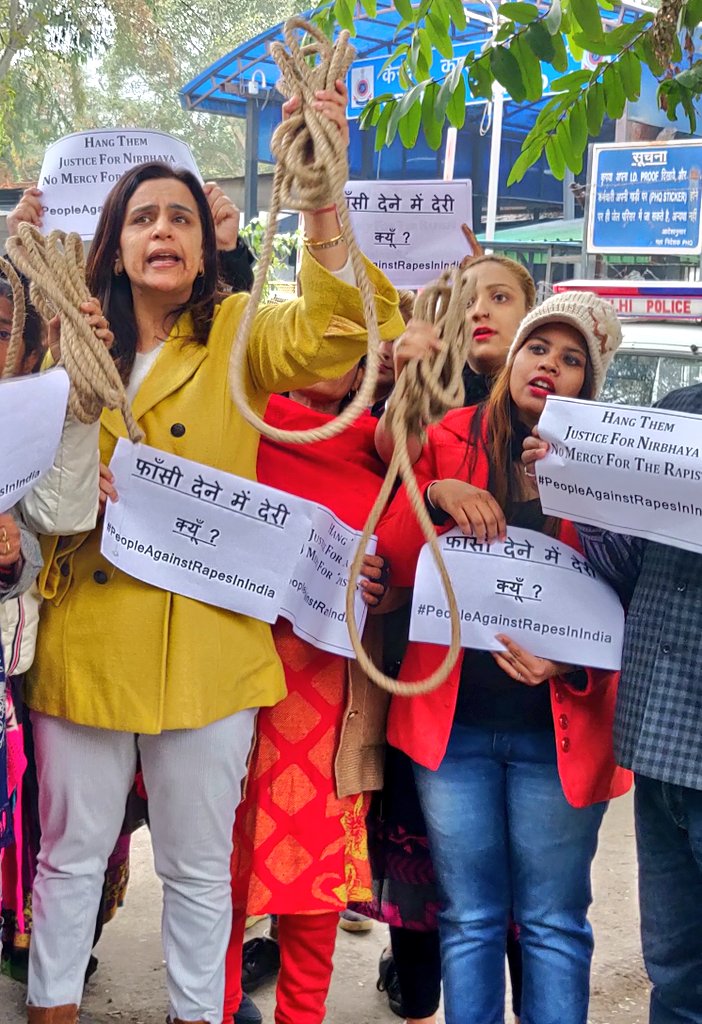 After her death, street sexual harassment laws were introduced to penalise men who cat-called women.

“She is a symbol of justice in our country, but every day we hear such stories, it is not just her that suffered this,” Ms Bhayana said.

“So if she doesn’t get justice, I don’t think anyone else will ever be able to think of reporting cases. This case is critical.”

Nirbhaya’s case was sent to the fast-track court and still it has been held up for seven years and looks to be delayed further.

One of her killers has already been released, a juvenile who has completed his three-year sentence.

Another took his own life in prison, leaving the remaining four, for whom the death warrant has been issued.

India has a rape problem

More than 30,000 rapes are reported to the police every year in India – one every 15 minutes – and many more go unreported. Women’s rights activist, like Brinda Adige, say some women, whose cases are not as high profile, can wait up to 20 years for justice.

“We are talking of fast-track court for the Nirbhaya case and that is seven-plus years, this cannot be swift, this is delayed,” Ms Adige said.

“That’s stops many women from coming forward, because the first thing women hear when they approach the justice system is, ‘how many years are you going to go running up and down the courts?

“And the courts are not economical, they are not cheap … But let’s assume some women have that kind of money, the mental torture and trauma, the social stigma is very, very high for women.”

Street lights and 911 could save women

Ms Adige wants to see all rape cases fast-tracked to ensure the culprits are punished, without putting survivors through more pain.

But, court reform could take decades. In the meantime, she says there is a simple measure that could save lives – street lights.

“India is also a land where we have always had people selling and hawking on the pavement, so there have always been people, but when they talk of modernising and beautifying our cities, we have also relegated these people to being somewhere else, so the streets have come much more unsafe,” she said.

“We are hoping with street lights, the light there would deter the perpetrator.

“But that is not enough, we also want to know if someone in trouble could make a call, like you have in the west, 911, where you can call and they will respond to you in the next five minutes.”

The family of Nirbhaya are determined to see justice for the daughter.

Ms Bhayana argues the death penalty will be the biggest deterrent of them all.

“I think the future rapists will get a clear cut message; that is ‘if we do this, this is our punishment, we are going to go’,” she said.

This case is the first time capital punishment has been handed out, for sexual violence, in 15 years.