Spot fires and embers are adding to the bushfire risk in southeast NSW where five blazes are burning at an emergency level.

Five emergency warnings are now in place for blazes across the NSW south coast with homes under threat and a key highway closed.

The emergency warning for the Clear Range fire near Bredbo says a number of spot fires are spreading quickly in a southeasterly direction.

NSW RFS Commissioner Shane Fitzsimmons said there were no reported damage to homes “but obviously we still have a few hours to go this afternoon”.

But structures such as horse stables, sheds and other outbuildings have been lost to fires in the region, Mr Fitzsimmons said.

The northwesterly winds fanning the fires on Saturday would continue into Sunday, but with an easing of overall fire conditions. 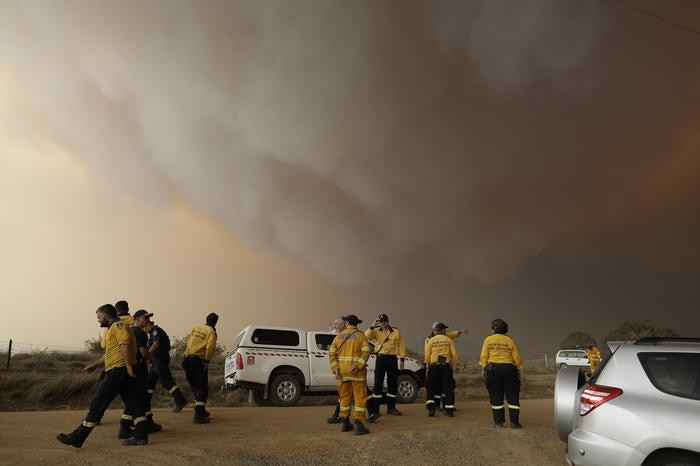 “It’s a relief that at this stage there’s been no homes lost but we still have a long night ahead of us,” she said.

People on the Far South Coast near Tantawangalo were warned to seek shelter in a solid structure on Saturday afternoon as the 6000-hectare Glen Allen fire and two smaller blazes all reached emergency levels.

The Monaro Highway remains closed near the ACT border where the Clear Range fire is threatening homes at Michelago.

That blaze was created from embers that moved kilometres from the ACT’s large Orroral Valley fire. 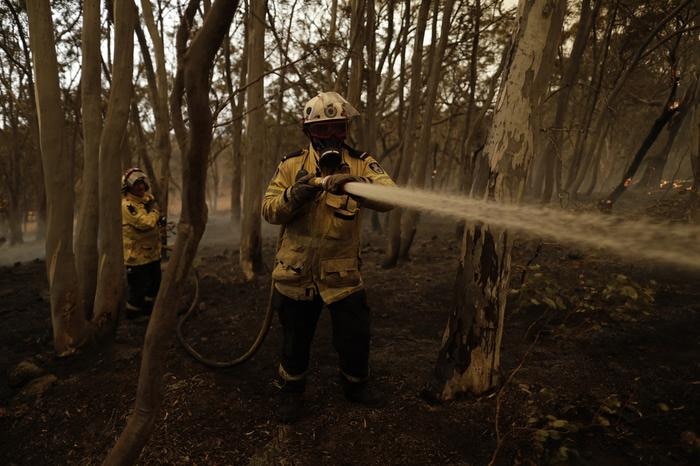 “If you are away from the area, you will not be able to return,” the RFS warned.

Five regions in the southeast quarter of NSW are under total fire ban on Saturday, with severe fire danger forecast.

Nerriga, which topped 42C at 2pm, is among several South Coast locations to exceed 40C.

In Sydney, Badgerys Creek and Richmond hit 46C while Bankstown and Horsley Park both hit 45C.

Heatwave conditions are expected to peak in NSW on Saturday, while thunderstorms – which may ignite new blazes – are also possible in parts of the south coast by Sunday morning.