Jim Carrey has found himself in hot water over comments he made to Margot Robbie on a popular late-night TV show.

Appearing on The Graham Norton Show alongside the 29-year-old Aussie actress while the two of them promoted their respective films, the 58-year-old joked that Robbie’s success comes down to her good looks.

Turning his attention to Robbie (watch the exchange at the video above), the Liar Liar star said to her, “It’s incredible that you’ve got as far as you have with your obvious physical disadvantages.”

Despite laughing as she appeared to take the joke in stride, viewers were less convinced, brandishing Carrey’s comments as “rude”, “creepy” and “downright embarrassing” on Twitter.

“That joke Jim Carrey make towards Margot Robbie about her looks and talent was so awkward. Kudos to her for just laughing and taking it on the chin, I’d have slapped him,” tweeted one fan.

“I love Jim Carrey to death but his comments on Margot Robbie last night left me extremely disappointed. I think in his head he was trying to be funny but it came across as condescending, rude and weird,” wrote another.

One user tweeted, “Surely implying someone only got where they are because of their looks instead of their talent is not ok?”

Another viewer described Robbie as looking “blindsided” by Carrey’s joke.

“Jim Carey basically telling Margot Robbie her career is based on her looks. To her actual face. What?! She looked a bit blindsided.”

However not everyone thought Carrey’s joke about her appearance was offensive.

Defending Carrey, one viewer tweeted, “Jim Carrey was genuinely commending Margot Robbie – the comment about her making it despite obvious physical disadvantages was a secondary afterthought. If he was scorning anyone, it was Hollywood, of whom Jim is famously critical – not Margot, whom he was clearly complimenting.”

“The fact it was said in jest makes it a joke? One Margot Robbie herself laughed at but one you are feeling you have to be offended on her behalf for? You’re right though, and we’re all wrong, including Margot Robbie,” wrote another viewer.

Appearing on the show to promote her upcoming flick Bird of Prey, the I, Tonya star praised the film for involving so many women in its production.

“Aside from the fact that we have an all-female ensemble in an action film, which is very rare, we have a female director, female writer and two out of three producers are women.”

She continued, “There was a lot of girl power! It’s taken about four years to get it made and now we are showing it to the world it is very exciting. I love being Harley. It is so much fun.” 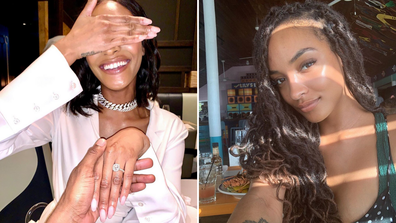