A man who allegedly killed four children when he ran them over with a ute on a Sydney footpath while three times over the legal blood alcohol limit will remain behind bars for at least another two months.

Samuel William Davidson, 29, was on Saturday night arrested after allegedly returning a positive result in a roadside breath test and taken for a breath analysis.

Davidson’s case was on Sunday heard at Parramatta Bail Court. He did not appear in court and did not apply for bail, which was formally refused by magistrate John McIntosh.

He’s scheduled to return to Parramatta Local Court on 2 April.

Three of the children killed in Saturday night’s incident in Oatlands were siblings and the fourth, aged 11, was their cousin.

Danny Abdallah, the father of the three siblings aged 8, 12 and 13, told reporters on Sunday he was heartbroken. 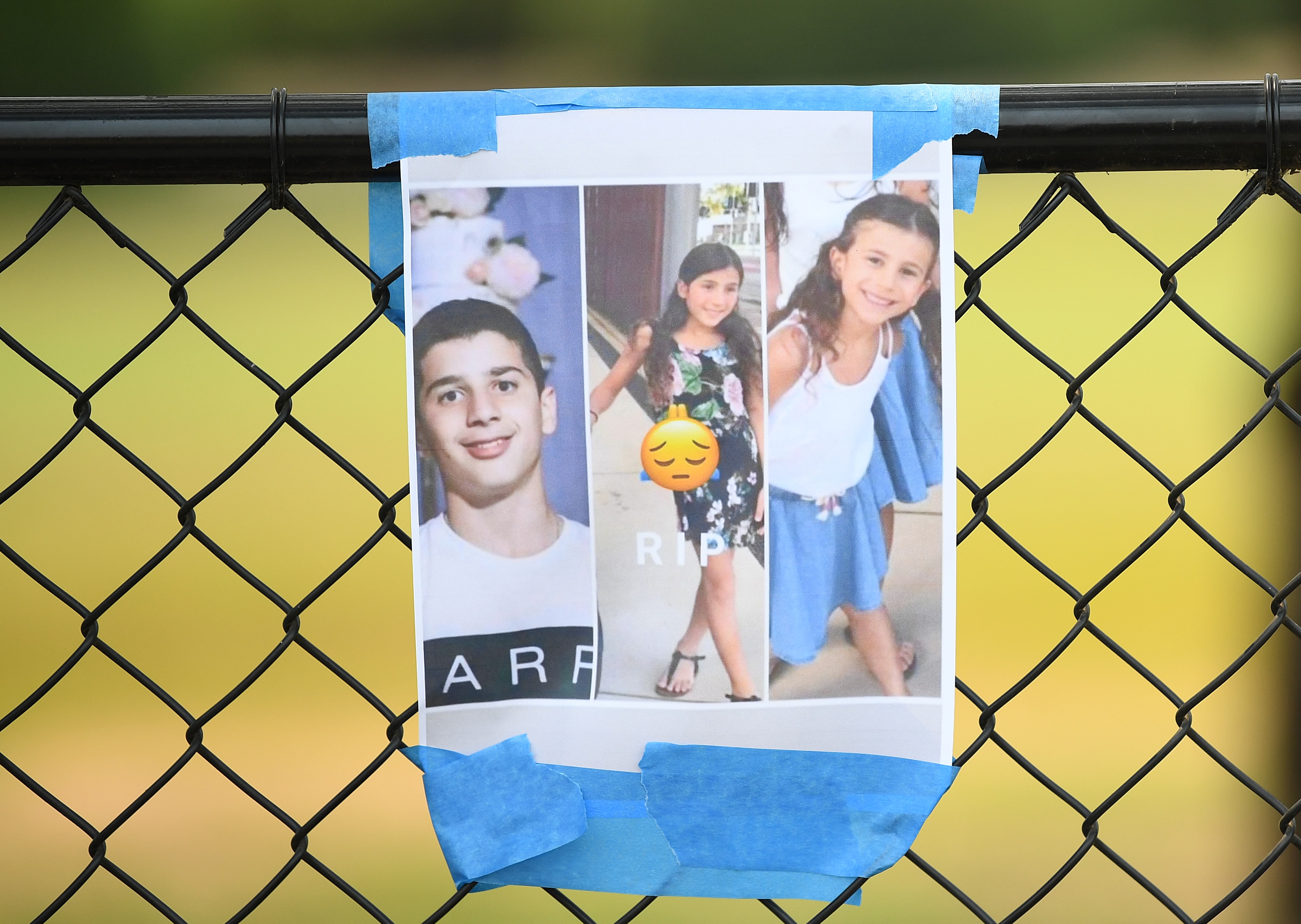 Photos of three victims were hung among a floral tribute at the scene of the crash.

“I don’t know what to say. I’m numb, probably that’s what I feel at the moment. All I want to say is please, drivers, be careful,” Mr Abdallah said.

“These kids were just walking innocently, enjoying each other’s company … and this morning I woke up and I have lost three kids.”

Emergency services were called to the Bettington Road scene before 8pm on Saturday but four of the children died at the scene, police said.

A fifth child, 11, was taken to The Children’s Hospital in Westmead in a critical condition but is now in a serious but stable condition.

The group of seven children were on the footpath on their way to buy ice cream when police believe the ute mounted the kerb and hit them, The Sunday Telegraph reports.

Many people don’t know where Oatlands is. We are a small suburb, near Parramatta. This is a beautiful place to live, the type of place where everyone knows each other. Our community is so strong. I’m devastated this has happened and cannot imagine the pain this family is feeling. https://t.co/Ra6ywKWcmU

“This is incredibly hard for the emergency services notwithstanding the losses that the families have sustained,” Mr McAlpine told reporters.

“It’s very, very difficult for police, for fire rescue, for paramedics to be confronted with such chaos and carnage.”

Cannot fathom the heartache in #Oatlands right now … my goodness. 💔😢

NSW Assistant Commissioner Michael Corboy told reporters on Sunday that the driver was charged after refusing to be interviewed by police but they were building a case against him after conversations with witnesses. A woman grieves near flowers placed at the scene where seven children where hit on a footpath by a four-wheel drive in the Sydney suburb of Oatlands.

“I’d like to send the message out today that drink-driving, speeding, poor behaviour on the roads, will not be tolerated, Mr Corboy said.

I am heartbroken by the loss of life in Oatlands. A shocking tragedy. My prayers and sincere condolences to the families, friends and neighbours of the children who have died or been injured. Today we all share in the deep grief of the Maronite community.

“Tragedies do occur, but in my time in policing, this is one of the most tragic involving young children dying.”

Acting Assistant Commissioner Jason Joyce said the driver remained at the scene until the police arrived and there were indications his passenger tried to help some of the children.

Distraught members of the Oatlands community on Sunday placed flowers at the scene of the tragedy.