China imposed a lockdown on a major city far from the epicentre of the coronavirus epidemic, as its death toll from the disease soared to 304 and the first fatality outside the country was reported in the Philippines.

The events added to deepening concern about the potential for the virus to spread, as governments around the world closed their borders to people from China. 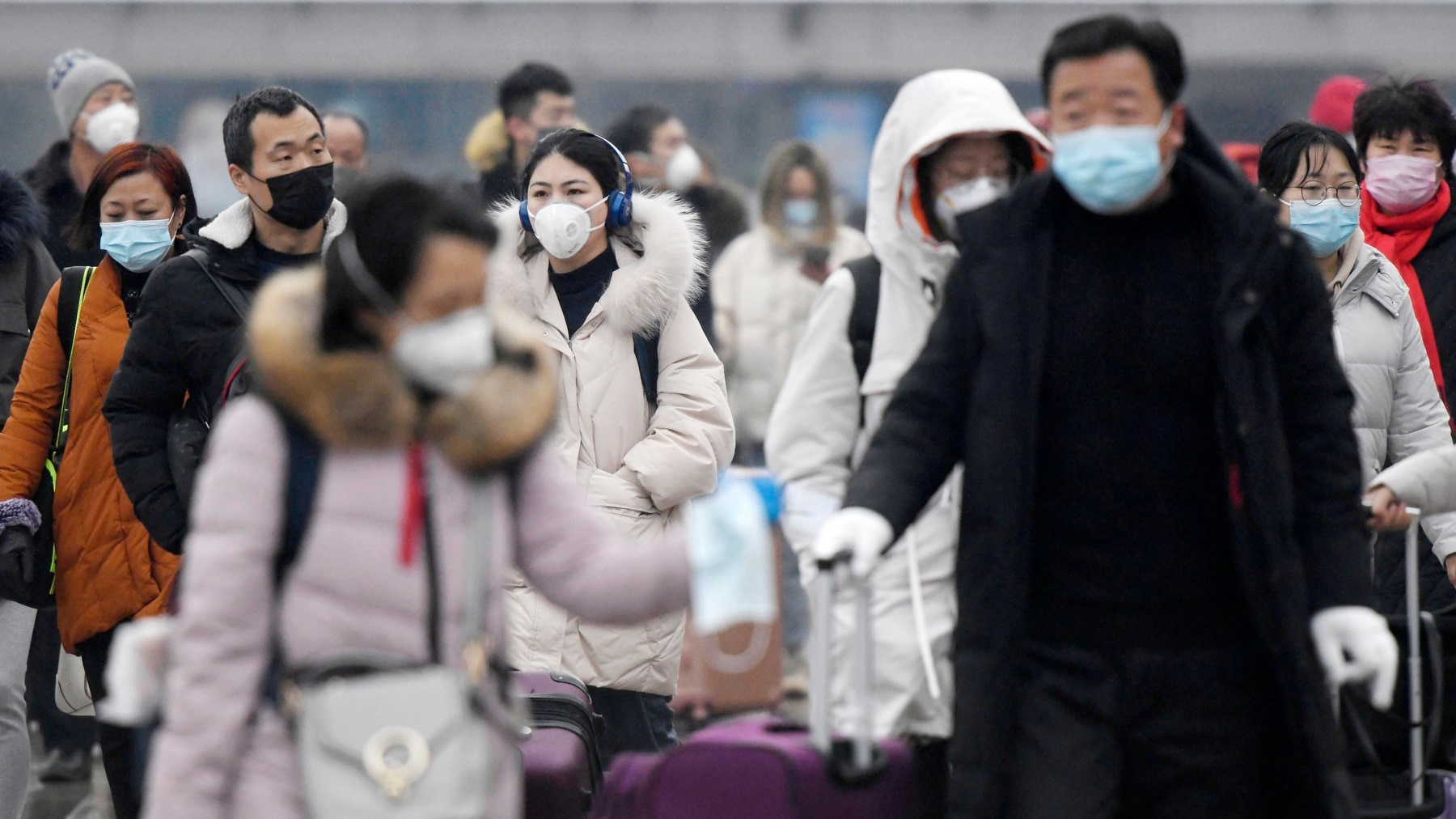 Struggling to contain the virus, authorities took action in eastern city of Wenzhou on Sunday – some 800 kilometres (500 miles) from Wuhan, the metropolis at the heart of the health emergency – closing roads and confining people to their homes.

Since emerging out of Wuhan late last year, the coronavirus has infected nearly 14,500 people across China and reached 24 countries.

In Thailand, which has 19 confirmed cases, doctors Sunday said an elderly Chinese patient treated with a cocktail of flu and HIV drugs had shown a dramatic improvement and tested negative for the virus 48 hours later.

Most of the infections overseas have been in people who had travelled from Wuhan, an industrial hub of 11 million people, or surrounding areas of Hubei province.

The man who died in the Philippines was a 44-year-old from Wuhan, according to the World Health Organization, which has declared the epidemic a global health emergency.

China has embarked on unprecedented efforts to contain the virus, which is believed to have jumped to humans from a Wuhan animal market, and can be transmitted among people in a similar fashion to the flu.

Those efforts have included extraordinary quarantines in Wuhan and surrounding cities, with all transport out banned, effectively sealing-off more than 50 million people.

But 10 days after locking down Wuhan, authorities imposed similar draconian measures on Wenzhou, a coastal city of nine million people in Zhejiang province, part of the eastern industrial heartland that has powered China’s economic rise over recent decades.

Only one resident per household is allowed to go out every two days to buy necessities, and 46 highway toll stations have been closed, authorities announced.

The city had previously closed public places such as cinemas and museums, and suspended public transport.

Zhejiang has 661 confirmed infections, with 265 of those in Wenzhou, according to the government.

This is the highest tally for any province in China after ground-zero Hubei.

Internationally, the United States, Australia, New Zealand and Israel have banned foreign nationals from visiting if they have been in China recently, and they have also warned their own citizens against travelling there.

Mongolia, Russia and Nepal have closed their land borders.

The number of countries reporting infections rose to 24 after Britain, Russia and Sweden confirmed their first cases this weekend.

The death toll in China climbed to 304 on Sunday after authorities reported 45 new deaths.

The number of confirmed infections in China is far higher than the Severe Acute Respiratory Syndrome (SARS) outbreak of 2002-03.

SARS, caused by a pathogen similar to the new coronavirus and also originated in China, killed 774 people worldwide — most of them in mainland China and Hong Kong.

With hospitals in Wuhan overwhelmed, China will Monday open a military-led field hospital that was built in just 10 days to treat people stricken by the virus.

And with the Chinese economy suffering, the central bank announced it would release 1.2 trillion yuan ($173 billion) Monday to maintain liquidity in the banking system — the day markets re-open after the long holiday break.

The emergence of the virus coincided with the Lunar New Year, when hundreds of millions travel across the country in planes, trains and buses for family reunions.

The holiday, which was scheduled to end on Friday, was extended by three days to give authorities more time to try to deal with the crisis.

With many due back at work on Monday, people were starting to return on planes and trains over the weekend, with almost everyone wearing face masks. Custom authorities had ordered temperature checks at all exit-entry points in Beijing, according to state media.

Returning travellers were being checked and registered at residential compounds, while fever checks were in place in subway stations, offices and cafes.

One 22-year-old arriving at a Beijing train station from northeastern China said her family had urged her to delay her return.

“But I was worried it would affect my job,” she said.

Security guard Du Guiliang, 47, said he would be starting back at work in Beijing on Sunday, after returning from northeast Liaoning province.

“Many colleagues (from Hubei) couldn’t come back. Now, those who work the day shift at our company have to do the night shift as well,” he said.

Many businesses were to remain closed for at least another week, however, while some major cities – including Shanghai – had also extended the holiday.

Many foreigners, meanwhile, have started to leave China to wait things out abroad.

“(My family) said I need to go home,” said 22-year-old South African student Jamie Bosch as she waited for a flight out of Beijing on Sunday.