China’s new confirmed infections from the coronavirus outbreak has increased by a daily record, up by 2,590 cases on Saturday to top 14,000, as the quickly growing epidemic prompted global travel restrictions and evacuations.

The death toll from the coronavirus outbreak in China had reached 304 as of the end of Saturday, state broadcaster CCTV said on Sunday, citing the country’s National Health Commission.

It comes as the Philippines reported the first death related to a new virus outside of China.

Meanwhile, six officials in the city of Huanggang, neighbouring the epicentre of Wuhan in Hubei province, have been fired over “poor performance” in handling the outbreak, the official Xinhua News Agency reported. 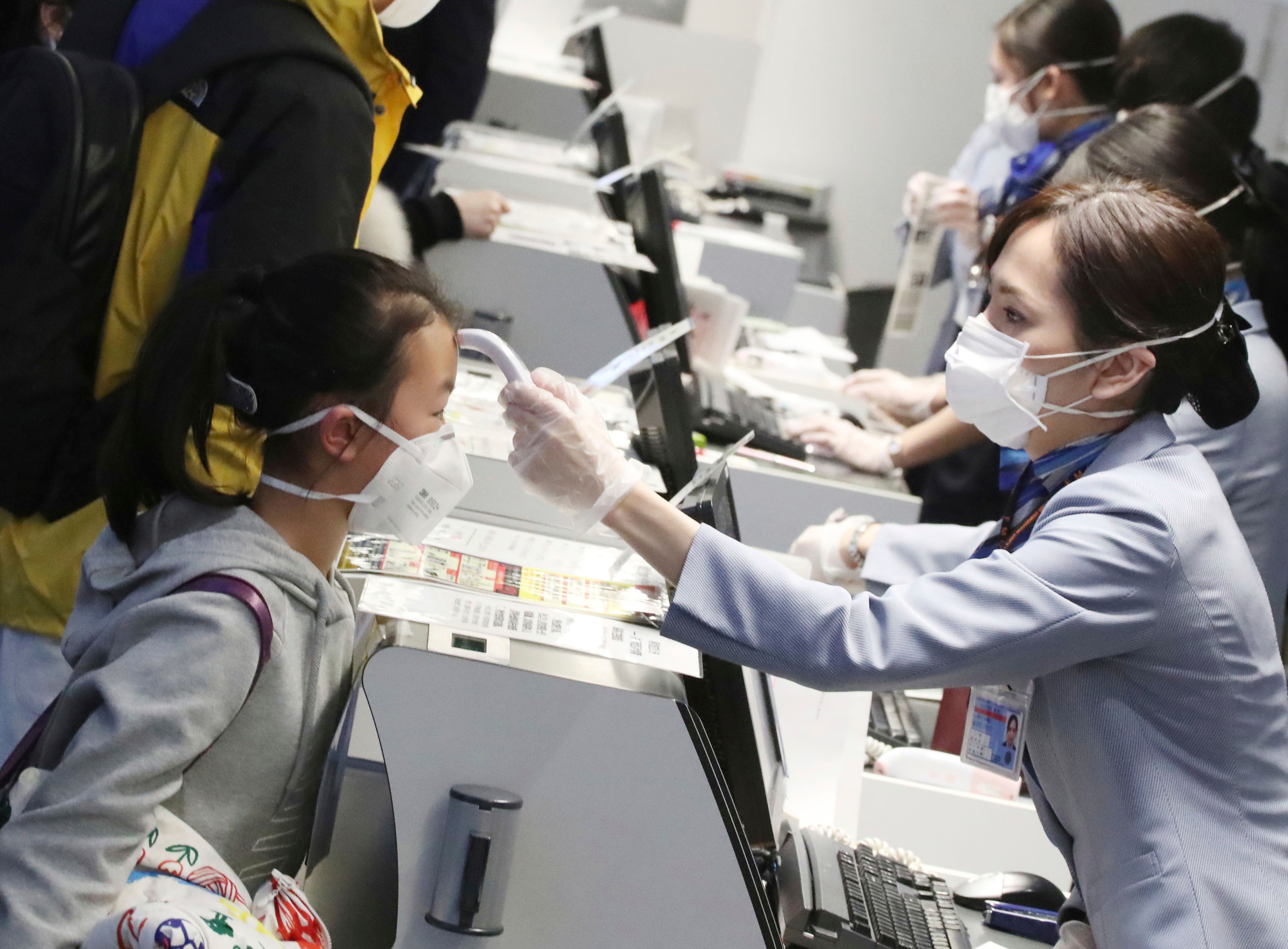 Passengers have their body temperature assessed by check-in staff ahead of a flight from Tokyo to the coronavirus epicentre of Wuhan, China.

It cited the mayor as saying the city’s “capabilities to treat the patients remained inadequate and there is a severe shortage in medical supplies such as protective suits and medical masks.”

Figures from the National Health Commission showed an increase of 45 in the death toll and 2,590 in the number of cases for a total of 14,380, well above the number of those infected in in the 2002-03 outbreak of SARS, or severe acute respiratory syndrome, which broke out in southern China before spreading worldwide.

With the outbreak showing little sign of abating, authorities in Hubei and elsewhere have extended the Lunar New Year holiday, due to end this week, well into February. The annual travel crunch of millions of people returning from their home towns to the cities is thought to pose a major threat of secondary infection at a time when authorities are encouraging people to avoid public gatherings.

All Hubei schools will postpone the opening of the new semester until further notice and students from elsewhere who visited over the holiday will also be excused from classes.

Far away on China’s southeast coast, the manufacturing hub of Wenzhou put off the opening of government offices until Feb. 9, private businesses until Feb. 17 and schools until March 1.

With nearly 10 million people, Wenzhou has reported 241 confirmed cases of the virus, accounting for one of the highest levels outside Hubei. Similar measures have been announced in the provinces and cities of Heilongjiang, Shandong, Guizhou, Hebei and Hunan, while the major cities of Shanghai and Beijing were on indefinite leave pending developments.

Despite imposing drastic travel restrictions at home, China has chafed at those imposed by foreign governments, criticising Washington’s order barring entry to most non-citizens who visited China in the past two weeks. Apart from dinging China’s international reputation, such steps could worsen a domestic economic already growing at its lowest rate in decades. 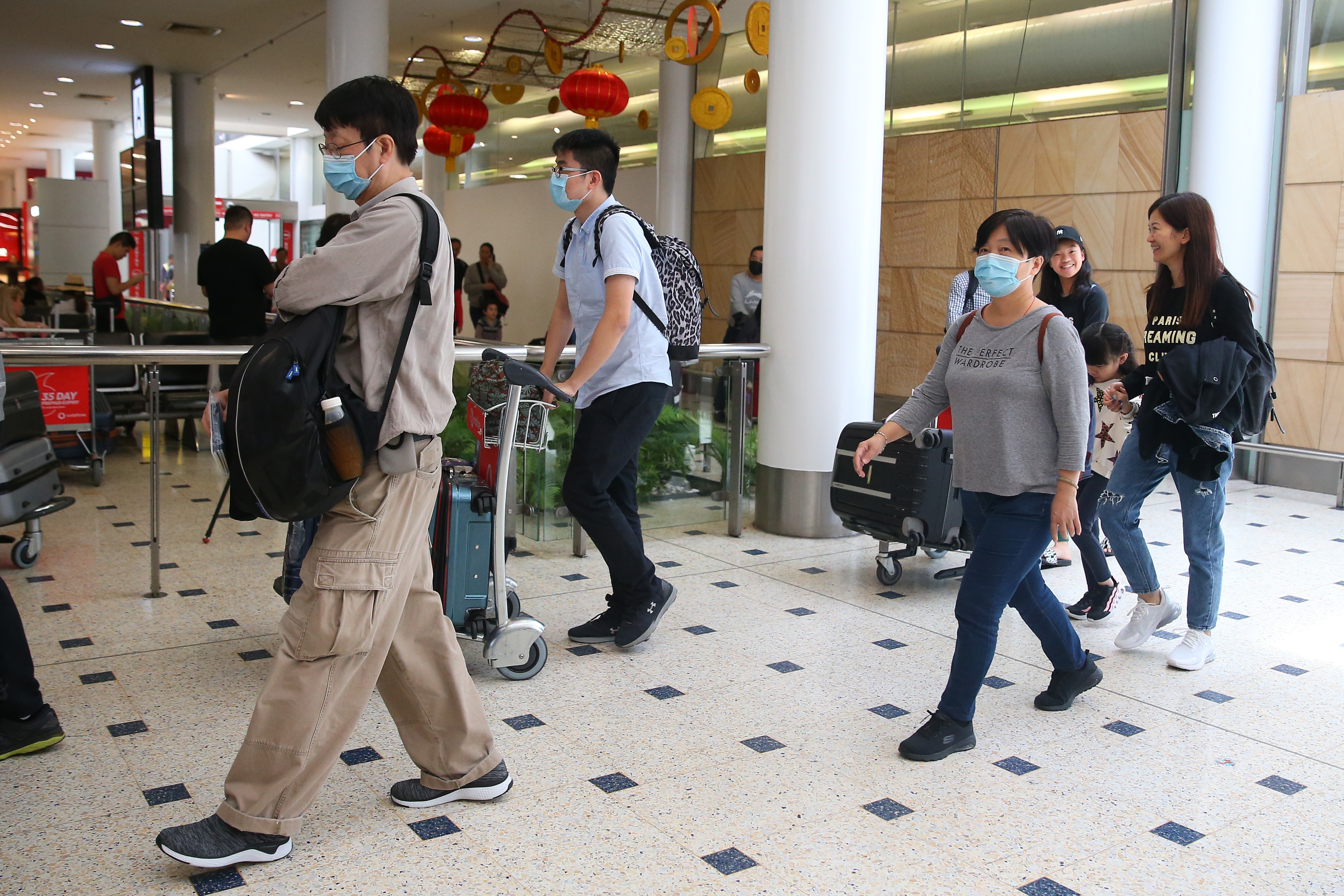 Passengers arrive at Sydney International Airport. Australia this week announced a tough new border program to stop the spread of the virus.

The crisis is just the latest to confront Chinese leader Xi Jinping, who has been beset by months of anti-government protests in the semi-autonomous Chinese city of Hong Kong, the reelection of Taiwan’s pro-independence president and criticism over human rights violations in the traditionally Muslim northwestern territory of Xinjiang. Economically, Xi faces lagging demand and dramatically slower growth at home while the tariff war with the US remains largely unresolved.

South Korea and India flew hundreds of their citizens out of Wuhan, the city at the centre of an area where some 50 million people are prevented from leaving in a sweeping anti-virus effort. The evacuees went into a two-week quarantine. Indonesia also sent a plane.

Australia, Germany, Japan, South Korea, the United Arab Emirates, the United States and Vietnam all reported new cases Saturday. Spain confirmed its first case – a German man who had close contact with an infected person in Germany and then travelled to the Canary Islands with friends. Four friends who were hospitalised with him have not shown symptoms.

Both the new virus and SARS are from the coronavirus family, which also includes those that cause the common cold.