Adam Bandt will stand for the Greens leadership after Richard Di Natale stepped down to spend more time with his family.

Mr Bandt is the minor party’s only lower house MP and tipped as the frontrunner to take over when The Greens meet on Tuesday to elect a new leader.

“I will be standing for Greens Leader,” he said.

“Thank you Richard for your leadership and service to Aust.”

I will be standing for Greens Leader.

Thank you Richard for your leadership and service to Aust.

I look forward to talking with my colleagues about how we share leadership across the House & Senate as we fight the climate emergency and inequality with a Green New Deal.

The Melbourne MP was deputy leader for three years under former leader Christine Milne but lost to Senator Di Natale in a leadership contest in 2015.

He is the minor party’s climate change spokesperson and has been a co-deputy leader since last year.

“I look forward to talking with my colleagues about how we share leadership across the House and Senate as we fight the climate emergency and inequality with a Green New Deal,” Mr Bandt said. Senator Di Natale said it had been a privilege to fight for the values that millions of Australians care about, but it is the “right time” to step away.

“It’s a tough and demanding job, but it takes not just a personal toll, but on your family,” he said.

The senator informed his colleagues he was stepping down earlier on Monday, spilling his position and those of co-deputy leaders Adam Bandt and Larissa Waters.

Senator Waters has ruled out a challenge saying she wanted to remain in the deputy position.

My dear friend @RichardDiNatale has done an outstanding job for nearly 5yrs, leading with compassion & reason. He’ll be sorely missed. Our party room is full of ppl motivated to fix the world. They’re the best colleagues. I’m seeking their support to remain Deputy Greens Leader.

While Senator Nick McKim has also confirmed he will “not be contesting the leadership”.

“Adam is the right person to lead us,” he said.

Senator Sarah Hanson-Young is another who could put her name forward for the position.

Senator Di Natale, who was a GP and public health specialist before coming to Canberra, was first elected to the Senate in 2010.

He cited leading campaigns for marriage equality, royal commissions into the banking, finance and disability sector as some of the proudest achievements of his career.

it’s a bloody heavy thing to carry richard and you did it with dignity and grace. thanks for being there for all of us. go well with whatever’s next mate.

Senator Di Natale also pointed to the Greens’ efforts in achieving a price on carbon in partnership with the Gillard government.

“I remain filled with confidence that our country can take major action on the climate crisis,” he said.

“We can reduce emissions and take real climate action, if we work together.” Other causes he championed included winning Senate support for an anti-corruption watchdog, and championing medicinal cannabis and drug-law reform.

The outgoing Greens Leader said he had seen “political chaos and turmoil” during his time in politics, which included a carousel of five prime ministers leading the country.

“We had our challenges but we have been the most stable and enduring political force in our parliament and we are growing,” he said.

He led the Greens to elections in 2016 and 2019, when the party captured their second-best result in the latest poll and a slight increase on the one three years earlier.

But Senator Di Natale said he was not prepared to contest the next election, instead wanting to allow time for a transition of leadership to take place. 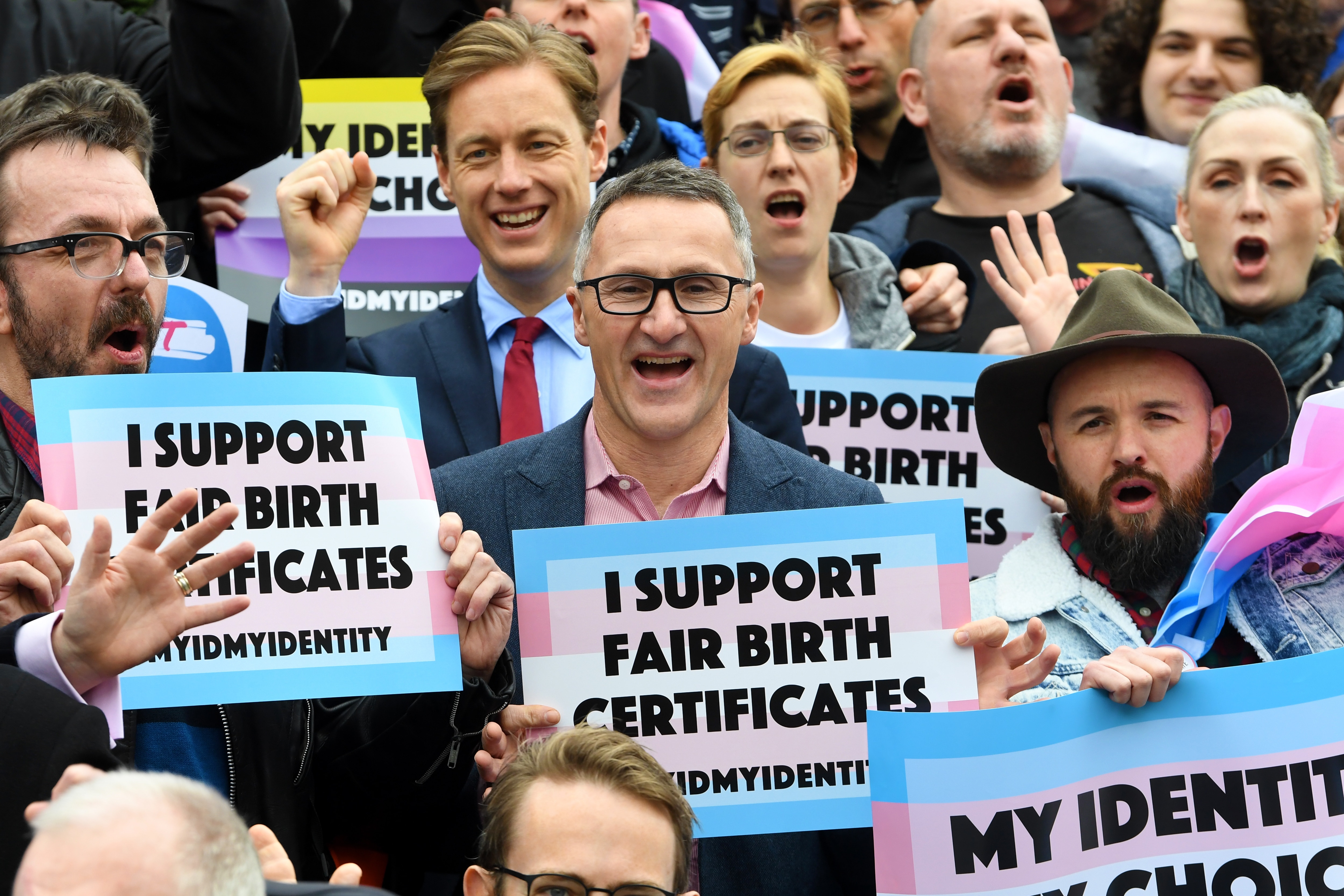 “I will continue to fight for action on the climate crisis, tackling inequality, justice with First Nations people,” he said.

Though we disagree on some issues I respect @RichardDiNatale as a thoughtful interlocutor as well as a kind & generous person.

All federal MPs & Senators with young families can understand his reasons for departing. I wish Richard & his family every happiness for the future.

“Our movement is bigger than one person,” he said.