China’s death toll from a new coronavirus jumped above 360 on Monday – to surpass the number of fatalities of its SARS crisis two decades ago, with dozens of people dying in the epicentre’s quarantined ground-zero.

The 57 confirmed new deaths was the single-biggest increase since the virus was detected late last year in the central city of Wuhan, where it is believed to have spread from animals at a market into humans.

The virus has since spread to more than 24 countries, despite many governments imposing unprecedented travel bans on people coming from China.

The World Health Organization has declared the crisis a global health emergency, and the first foreign death from the virus was reported in the Philippines on Sunday.

In China, all but one of the 57 new deaths were reported on Monday in Wuhan and the rest of Hubei province, most of which has been under lockdown for almost two weeks to stop people leaving and transmitting the virus. 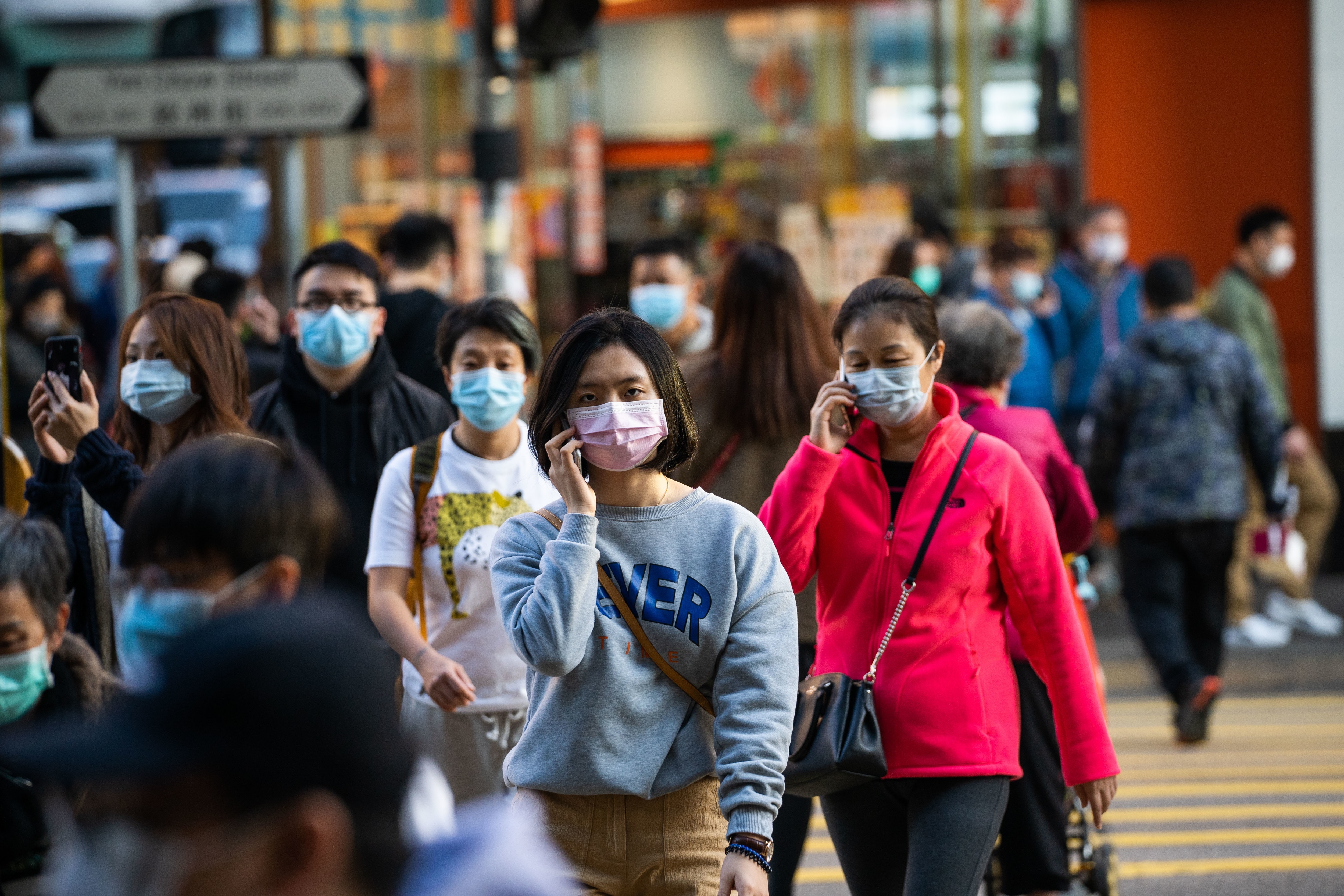 Residents seen wearing surgical masks while crossing the road in order to prevent the spread of the Wuhan coronavirus.

SARS, caused by a pathogen similar to the new coronavirus and also originated in China, killed 774 people – with most of the other deaths in Hong Kong.

The virus is also having an increasingly heavy economic impact, shutting down businesses across China, curbing international travel and impacting production lines of major international brands.

Stock markets in Shanghai and Shenzhen plunged by nearly nine per cent on Monday morning as investors returned from a Lunar New Year holiday that had been extended to stop people travelling around China.

In Wuhan, which has been transformed from a bustling industrial hub into a near-ghost town, residents have been living in deep fear of catching the virus.

Its medical facilities have been overwhelmed, and the government has been racing to build two new hospitals in extraordinarily quick timeframes.

The first of those, a 1,000-bed facility, was due to open on Monday, just 10 days after construction began.

About 1,400 military medics will treat patients at the hospital, dubbed “Fire God Mountain”, according to state media.

However with the death toll surging in Wuhan and elsewhere in Hubei province, it was not immediately clear what overall impact the hospitals would have on the virus spreading elsewhere.

In a worrying signal about it already spreading in significant numbers to other parts of China, the eastern industrial city of Wenzhou was on Sunday placed under a similar lockdown to Wuhan.

Roads in Wenzhou, 800km to the east, were closed and its nine million people were ordered to stay indoors.

Only one resident per household in Wenzhou is allowed to go out every two days to buy necessities, authorities announced.

The emergence of the virus coincided with the Lunar New Year when hundreds of millions travel across the country in planes, trains and buses for family reunions.

The holiday – originally scheduled to end last Friday – was extended by three days to give authorities more time to deal with the crisis.

But some major cities – including Shanghai – extended the holiday again, and many schools and universities delayed the start of new terms.

Road traffic on Sunday, when hundreds of millions of people would have been expected to return to their cities of work, was down 80 per cent, the transport ministry said.

The number of infections in China also jumped significantly on Monday, passing 17,200.

The first person to die overseas from the virus was a 44-year-old man from Wuhan who travelled to the Philippines, the World Health Organization said.

The G7 countries – Canada, France, Germany, Italy, Japan, the United Kingdom and the United States – have all confirmed cases of the virus.

The US, Australia, New Zealand and Israel have banned foreign nationals from visiting if they have been in China recently, and they have also warned their own citizens against travelling there.

Mongolia, Russia and Nepal have closed their land borders.