Australians on board a quarantined cruise liner in a Japanese port have spoken about the confusion and fear on board, as more passengers test positive for the potentially deadly coronavirus.

About 3,700 people face at least two weeks of quarantine on Carnival’s Diamond Princess in Yokohama after 20 people were confirmed sick with the virus.

Australian Vera Koslova-Fu and her family are among those trapped on the ship. The Koslova-Fu family on holiday.

“We’ve been in our cabins since Tuesday evening and haven’t been able to leave,” Ms Koslova-Fu told SBS News from her cabin on Thursday.

“The dining staff bring us food … We’re being looked after, but I’m in an inside cabin, which means there is no window at all. It’s like, if you can imagine, being in a hotel room with no window.”

Ms Koslova-Fu is in a cabin with her husband Sean, while her two sons Jacob, 21, and Aaron, 18, are down the hall. 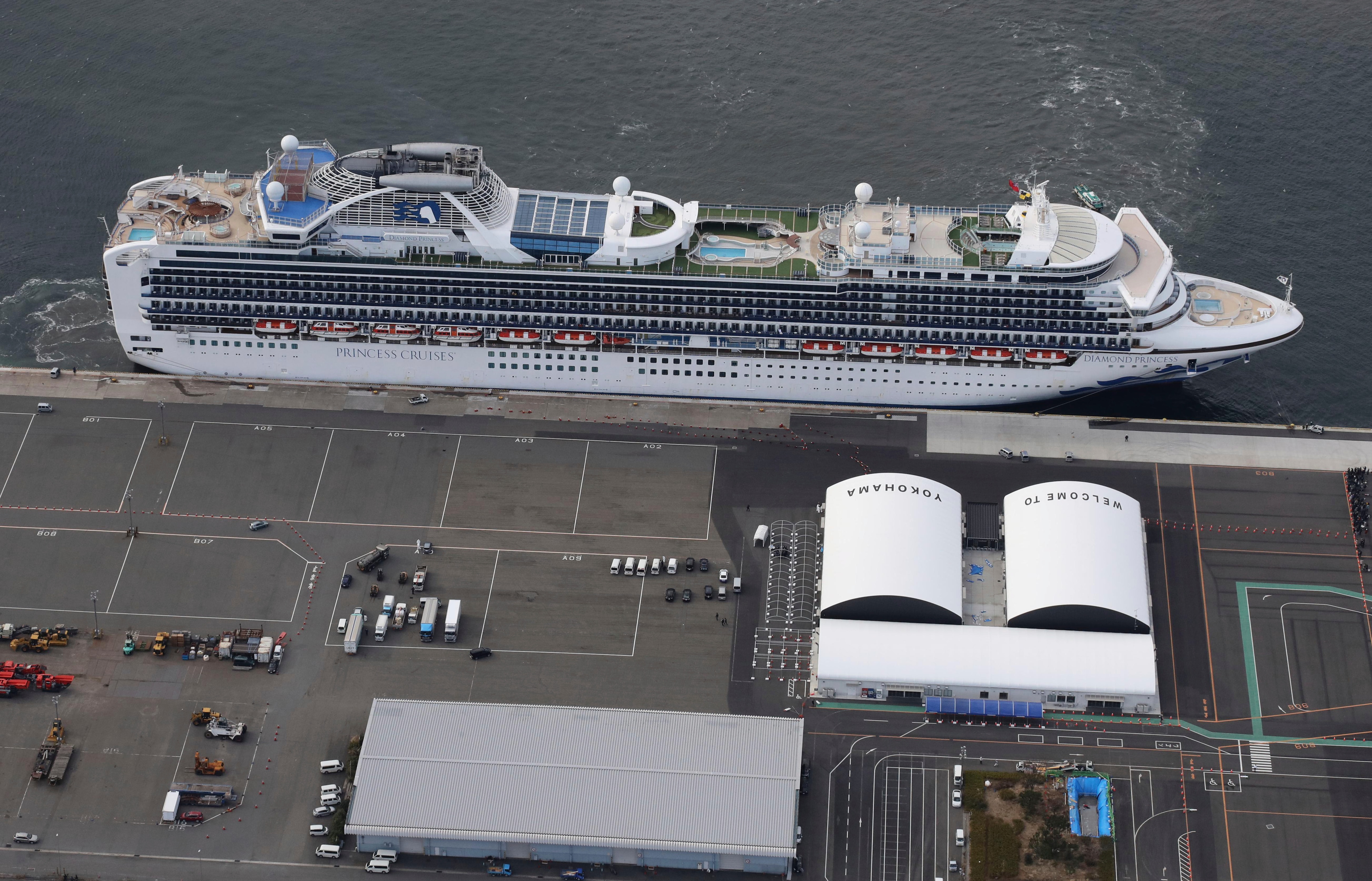 The Diamond Princess cruise ship tied up off Yokohama port.

“As soon as you leave the cabin, there is someone guarding the corridors, and they ask you very politely to go back in.”

She said there has been a lack of communication and the family had been finding out updates via international news on TV.

“Since 8pm last night, we haven’t heard from the captain at all … We’re in the dark.”

Ms Koslova-Fu also voiced concern about the many elderly people on board, who she said could account for “around 40 per cent” of the passengers.

“I think of my parents and if they were on board. They would just be so stressed out,” she said.

“I’m usually quite a positive person … but it is getting a little bit testing.”

She said passengers were told they would be able to go out on deck for some fresh air at some point and that masks would be provided. 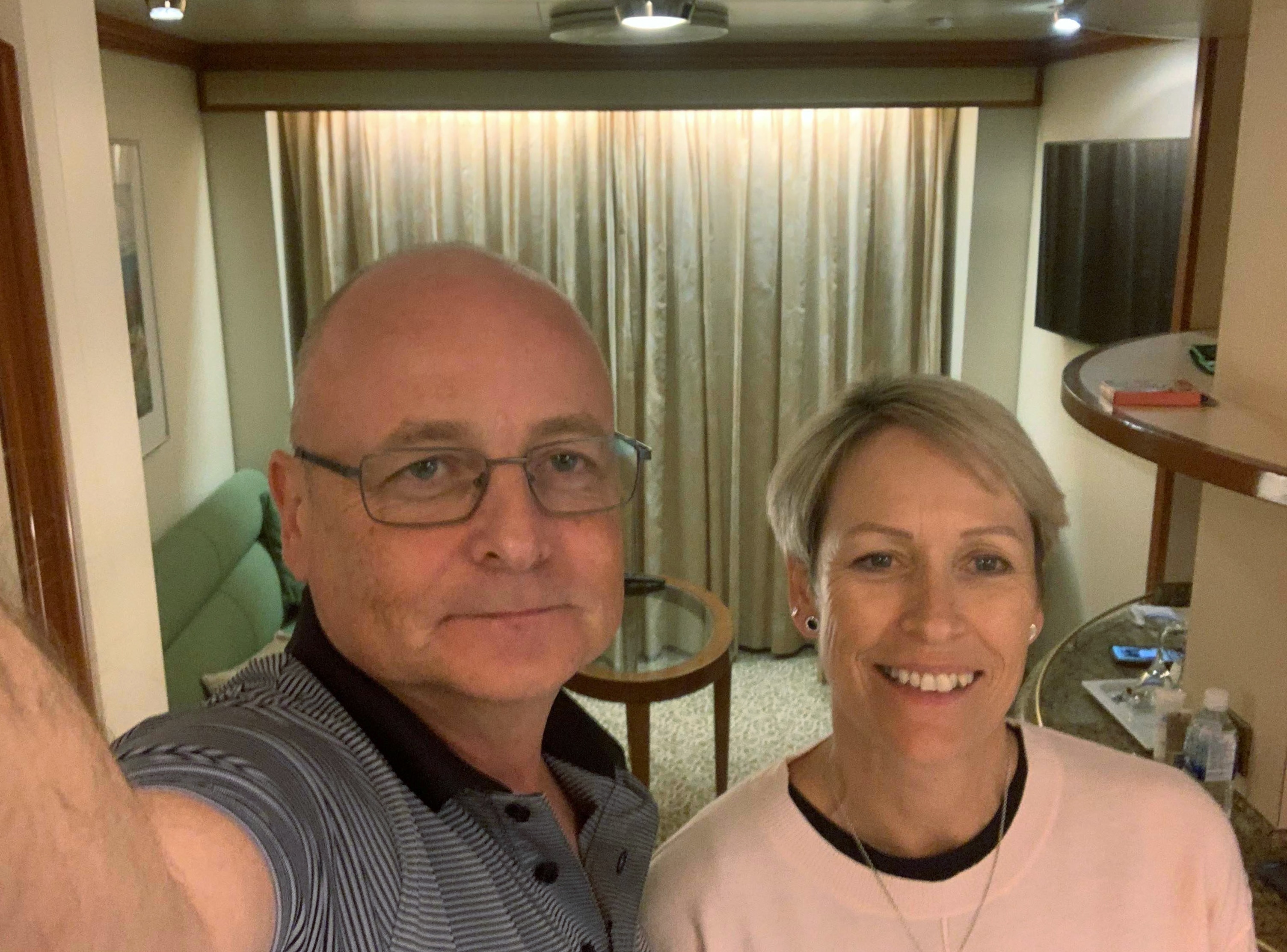 Cairns couple Paul and Jacqui Fidrmuc on board the Diamond Princess cruise ship off Japan.

While fellow Australians Paul and Jacqui Fidrmuc told Nine Network the ship was quiet after the alarming news broke.

“It’s a little bit daunting. But look, we can’t do anything … We are good strong healthy people and we’ve got good immune systems and fingers crossed that … we can fight it off.”

And a passenger using the handle @daxa_tw tweeted that crew members handed out medication refill request forms for those in need of medicines.

Other passengers are also taking to social media to share their thoughts.

David Abel has both informed and entertained the world with a unique British humour as he delivers regular updates.

“I know that room service are also getting these messages … so can I just give you a message … could someone on room service just bring me a fresh banana, every day? Just one banana, that’s all I’m asking,” he said.

“If the captain is listening to this: you needn’t get involved on the banana – the room service will sort that, I’m sure – but it would be really good to have a glass of whisky to wash it down.

“I take Talisker, 10-year-old single malt, no ice, no water. It would be fantastic if that could be arranged.”

On Thursday, 10 more people on the liner tested positive to coronavrius, taking the number of infected passengers to 20, with test results on more than 170 still pending.

Two Australians were among the first 10 confirmed cases on the ship.

The Diamond Princess was caught up in the global coronavirus epidemic after an 80-year-old Hong Kong man tested positive for the virus after disembarking late last month.

The ship arrived in Yokohama on Monday after a 14-day round trip.