A four-year-old boy in Colorado has died of flu after his mother took the advice of anti-vaxxers online instead of treating him with Tamiflu.

She had asked the opinion of the Facebook group Stop Mandatory Vaccination when her son became ill, NBC News reported.

The boy had not been diagnosed with flu yet, but after her other three children had been confirmed to have the  virus, the doctor had prescribed the antiviral drug to the entire household.

Instead of following the doctor’s advice, the woman posted that she didn’t pick up the drugs, and instead thanked the other group members for advising her to try treatments like breastmilk, berries and thyme.

The boy was ultimately hospitalized for four days before dying there. He had tested positive for flu. 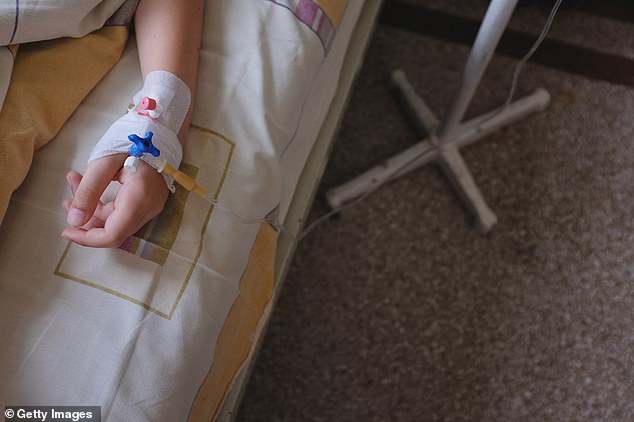 Earlier this week, the mother had taken one of her children – the 10-month-old – to the ER but was ultimately sent home.

After feeding and bathing them, she sent the four-year-old and his five-year-old brother to bed.

Minutes later, the older boy came out of their shared room and told his mother his little brother was asleep.

That seemed unusually fast to the mother who checked on her boy She found him pale and unconscious on the floor.

She started CPR but called 9-1-1. At the hospital, doctors told the distraught mother that her son had suffered a seizure after his brain became oxygen-deprived, likely a result of his fever, or of his airway otherwise being blocked off.

The little boy had to be airlifted to another hospital, and tested positive for influenza B, the same strain that his brothers had and that often proves harder on children than other strains.

But before her son’s condition became an emergency, the mother had turned to her community on Facebook, a common phenomenon among Americans how have grown increasingly distrustful of institutions and become vulnerable to online misinformation.

Widely blamed for helping to fuel anti-vaccine sentiments and other forms of misinformation, social media networks, including Facebook and Twitter have promised to crack down on posts that spread falsehoods.

In fact, the group Stop Mandatory Vaccination, to which NBC reported the mother belonged, appears to have been blocked as of February 7, and her posts are no longer visible.

THE MYTHS AND FACTS ABOUT THE FLU SHOT

It is a myth that the flu shot can give you the flu.

‘There isn’t any live virus in the influenza vaccine so it’s impossible to get the flu from the vaccine,’ said Dr Tosh from the Mayo Clinic.

‘There was a live vaccine that’s not available any more, but it was impossible to get the flu from that too,’ he added.

CDC officials insist it is not too late to get the flu shot, despite evidence that this year’s vaccine is only 30 percent effective against H3N2.

The H3N2 strain of the virus has so far killed 85 adults and 20 children in the US.

Health officials say that the vaccine could be even more valuable now since it is more effective against strains which are only just emerging – including the H1N1 strain and various B viruses.

CDC figures show the majority of Americans do not get the flu shot and more and more parents are refusing to vaccinate their children.

Instead, a Facebook search for the group returns a suggestion to seek information about vaccines from the Centers for Disease Control and Prevention as the top result.

But less than a week ago, the Colorado mother asked the group of some 139,000 members for suggestions for home or natural remedies for her young son’s symptoms, according to NBC News.

‘The doc prescribed tamiflu I did not pick it up,’ she wrote.

Tamiflu – the brand name for oseltamivir – fights the viral infection, reducing its load in the body to make the illness shorter, milder and less contagious.

Its side effects are typically mild and similar to other common drugs: nausea, diarrhea, vomiting, headache, eye redness, sleep problems and coughing.

In very rare cases, it has been linked to extreme changes in behavior and mood, especially in children.

Rather than give her kids the proven, prescribed drug, NBC reported the mother was looking for ‘natural’ options.

She was already trying vitamin C, lavender and peppermint oil.

Other parents recommended breastmilk, thyme, and elderberry. None of the 45 people who commented on the Facebook post suggested seeing a doctor.

Vitamin C, which most people can get sufficient amounts of from their diets, is an important nutrient to maintaining an effective immune system.

But none of these substances are approved or recommended for treating flu or cold.

It isn’t clear what if any of these the mother tried, but after four days in the hospital, at least some of it on a ventilator, the little boy died.