US President Donald Trump on Friday fired two of the highest-profile witnesses in his impeachment probe, sparking accusations that he is on a campaign of revenge.

Mr Trump recalled his ambassador to the European Union, Gordon Sondland, just hours after Lieutenant Colonel Alexander Vindman, a decorated soldier who worked at the National Security Council, was ordered out of the White House.

The firings came two days after the Republican-majority Senate acquitted Mr Trump of charges that he abused his office and one day after he gave a victory speech branding his opponents as “evil.”

Mr Sondland, a political appointee who got his post after donating $1 million to Mr Trump’s inauguration, said in a brief statement, “I was advised today that the president intends to recall me effective immediately.” The ouster of Mr Vindman, a respected officer who was wounded in Iraq, was even more abrupt, when he was ordered out of his NSC offices at the White House.

He was “escorted out of the White House where he has dutifully served his country and his president,” his lawyer David Pressman said in a statement.

“Vindman was asked to leave for telling the truth,” Mr Pressman said.

Mr Vindman’s twin brother Yevgeny, also a lieutenant colonel who worked as an attorney in the NSC, was fired simultaneously, US media reported. 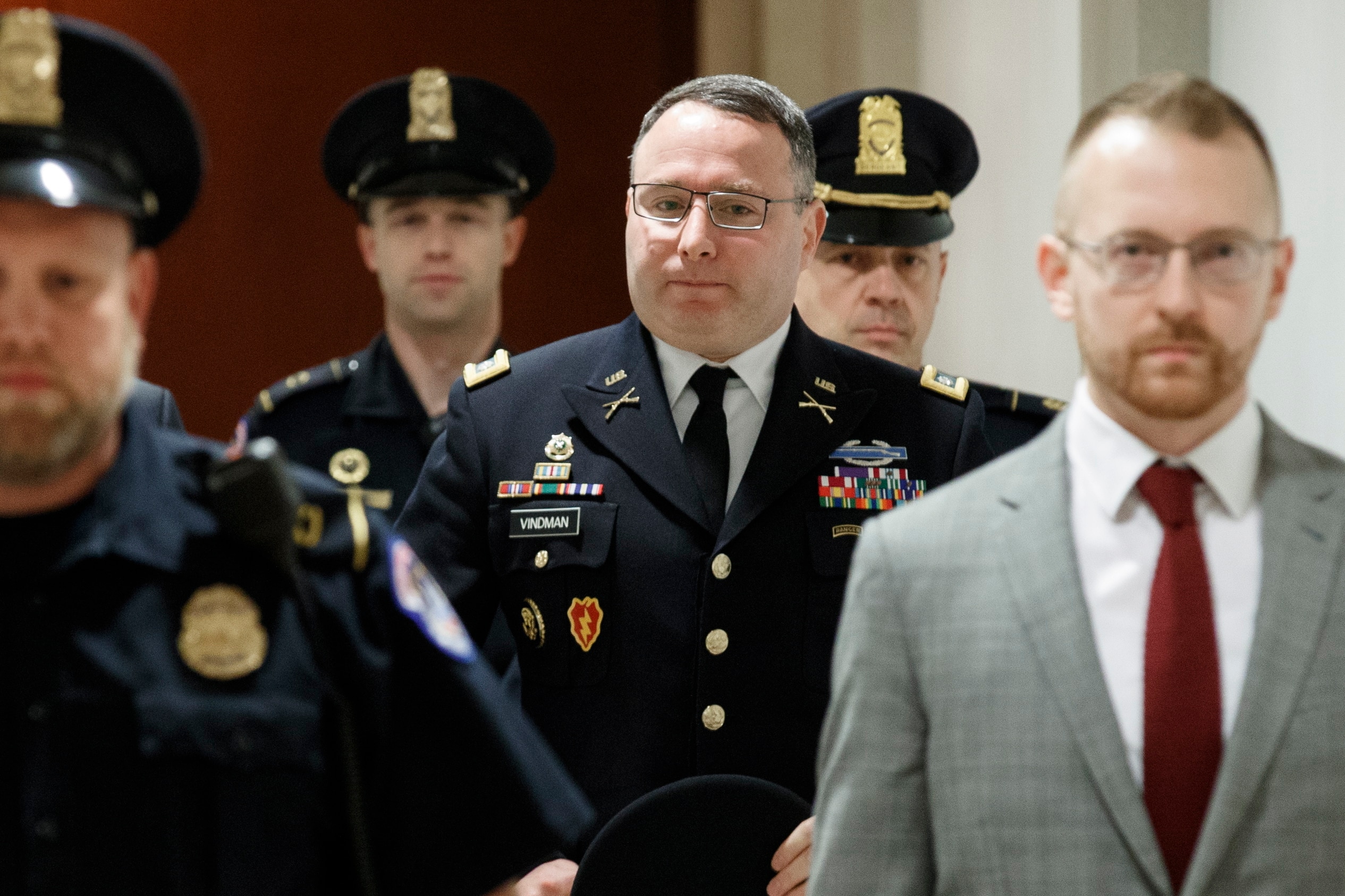 Mr Trump has described the impeachment process as a hoax, denying there was anything wrong in his push for Ukraine to open a politically embarrassing investigation into Democratic presidential candidate Joe Biden’s family.

On Friday, Mr Trump told reporters that he wants Republicans to retake control of the lower house of Congress in the next election and to “expunge” his impeachment.

Mr Vindman served as director of European affairs on the National Security Council, with responsibility for Ukraine.

Crucially, he was present during a July 25 phone call during which Mr Trump asked Ukrainian President Volodymyr Zelensky to open an investigation into Mr Biden.

House Democrats argued that the call was part of a plot to coerce a foreign ally into helping him ruin Mr Biden’s chances in November’s presidential election.

“It is improper for the president of the United States to demand a foreign government investigate a US citizen and a political opponent,” Mr Vindman said in testimony that riveted television viewers.

Mr Sondland told politicians he followed the president’s orders in seeking a “quid pro quo” deal for Ukraine to investigate Mr Biden in exchange for getting Mr Zelensky a coveted White House visit.

Mr Sondland said Mr Trump’s personal lawyer Rudy Giuliani led the effort at Mr Trump’s direction to pressure Mr Zelensky for the investigation and that top officials in the White House and State Department knew about it.

That testimony helped build the case leading to Trump becoming only the third president ever impeached by Congress, before his acquittal this week.