After months of leaks and speculations, its almost time to watch Samsung officially unveil the Galaxy S20 generation. But while we count down the last hours until the Unpacked event, we decided to summarize everything we think we know about the phones.

First off, there will be three models – S20, S20+ and S20 Ultra. In lieu of a lesser e model, this year Samsung decided to include a more premium Ultra phone as the third option.

The Galaxy S20 and S20+ will be available in 4G and 5G flavors with a 100 difference in price between the two. Its not clear if youll be given a choice, however, as markets with burgeoning 5G networks may only get the 5G models (countries with no 5G will only receive LTE phones, of course). The Ultra model will be available only in 5G.

The Samsung Galaxy S20 Ultra will be the only one to feature a 108MP main camera with Nonacell (9-in-1) pixel binning to produce 12MP shots. The 10x periscope zoom cam will also be exclusive to the Ultra, which will use a 48MP sensor with 100x Space Zoom mode. The camera hump on this one will be thicker than on the others, not surprising given the extra hardware. Besides packing a larger 6.9 screen, the Ultra may be the only one to have a stainless steel frame. 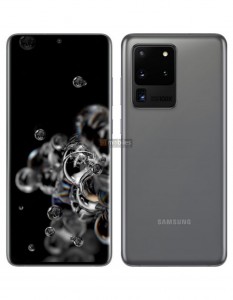 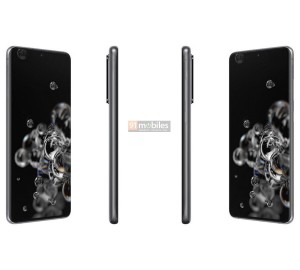 The Samsung Galaxy S20+ and the S20 will use a 12MP main camera instead. However, the new sensor will have larger pixels than the 12MP sensor found inside the S10 (1.8m vs. 1.4m). The telephoto camera will feature a 64MP sensor and will use cropping to achieve zoom. Also, it is said to record 8K video at 30fps, which will make these the first phones with usable 8K mode. 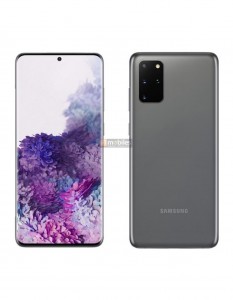 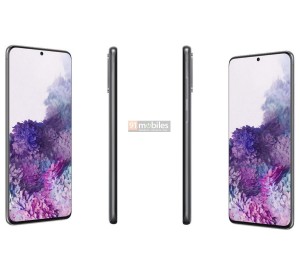 All three S20 models will have a 12MP ultrawide camera. The S20+ and S20 Ultra will also have ToF cameras on the back. By the looks of it, all three phones will use the same 10MP selfie camera of the S10 generation (but this time the punch hole is centered).

The Samsung Galaxy S20 will be the smallest of the three with a 6.2 screen (vs. 6.7 for the S20+). All three S20 phones will have 120Hz screens, though this may be available only in 1080p mode (thats the software rendering resolution, the physical matrix of the screen will remain at 1440p). 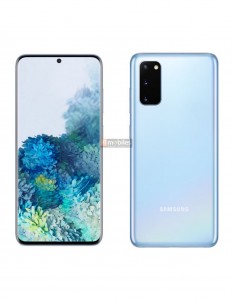 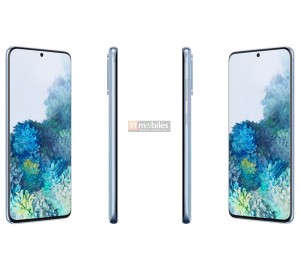 Expect to see Snapdragon 865 chipsets in more regions than before. In fact, the Exynos 990 chip may be used only in Europe and a few other regions (the UAE, according to a premature listing by Amazon). Whatever the chipset, the phones will have up to 16GB of RAM, though the top capacity may be reserved for the 5G models.

The Galaxy S20 Ultra will be bundled with a 45W charger while the other two will have 25W adapters in the box. Samsung is also expected to include a AKG-tuned USB-C headset, but people pre-order the phones will also get Samsungs latest TWS earbuds.

Expect a increased prices compared to last years S-series. Heres a table with the rumored prices for each model in Europe and the US:

Note that pre-orders will come with a free pair of Galaxy Buds+, which have an MSRP of 170.

The new foldable phone, the Samsung Galaxy Z Flip will also be unveiled a the event Samsung even aired a commercial during the Oscars. This phone will use older tech, including a Snapdragon 855+ chipset and 4G-only connectivity. The camera department will be less impressive too with a dual 12MP camera on the back (wide + ultra wide). Fast charging for the 3,300mAh battery will be limited to 15W.

However, this will be the first foldable to have Ultra Thin Glass (UTG) covering the display, which should make it much more resistant to scratches than previous phones (which had plastic screen covers). That’s for the internal screen, there will also be a secondary 1.1″ display on the outside for notifications.

In Europe, the Galaxy S20 pre-orders are expected to start shipping in early March and reach consumers on March 6.

The Galaxy Z Flip may be out even sooner, at least in the US several major carriers are expected to have it by February 14 (not Verizon, it seems as it has the competing Moto Razr 2019 foldable).