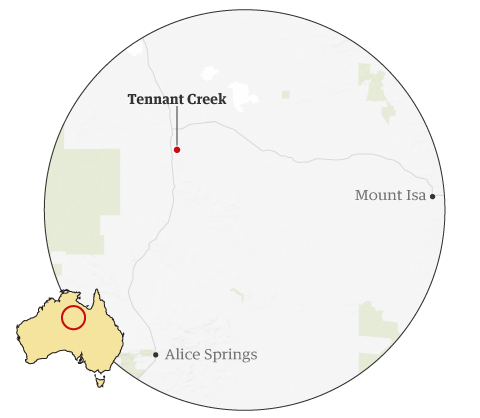 Patricia and Norman Frank say extreme heat is changing the daily lives of people who have lived on the land for generations. The siblings are traditional owners from Tennant Creek in the heart of the Northern Territory outback.

The region around Tennant Creek is one of the hottest parts of Australia.

On the day the Guardian visited, it was 41C — but that’s mild compared to the hottest day last year, which was four degrees higher. The average maximum temperature last year was 33.9C, up nearly a degree since 1970.

Patricia says it’s now too hot for kids to play in the daytime. Instead, they wait until night to walk the streets.

Plants that were traditionally used for food either no longer grow, or grow poorly. “Animals are hibernating and aren’t coming out in the right season,” she says.

People used to live in tin sheds all year round, says Norman, but that is no longer possible.

“Today you go underneath a tin shed, you’ll be fried.”