Animal Crossing: New Horizons‘ recent update reintroduced a familiar face to the Animal Crossing universe. Redd, a fox art dealer is now a special guest character that can appear on your island. He sells intricate art pieces on his rickety boat, but be warned — this fox only tells lies.

Redd first arrived in Animal Forest, the original Animal Crossing game. Since then, he’s appeared in every sequel — and continues to be the most frustrating character you’ll encounter on your island.

When Redd first enters your town, Isabelle will give a morning announcement that should set off alarm bells.

Not exactly the most inspiring message to receive about a visitor to your town, is it? Reading between the lines here, Isabelle is essentially setting the bar at “well he hasn’t murdered anyone yet, so I guess that’s fine.”

After this worrying message, you can find Redd wandering around your island, generally being a bit nosy and inspecting your trees. His boat pulls up at the secret beach located at the top end of your island. Depending on how you’ve terraformed it, the beach may be hiding behind multiple cliffs.

The first day he arrives, you won’t be able to get on his boat — but your villager will remark about how dilapidated it looks.

When you finally get on the boat, Redd will begin to offer you paintings. Lots of splendid and wonderful paintings — but be aware. Most of them will be fake. See, Redd is a scam artist — and no matter how many times he calls you his ‘cousin’, know he’s not your friend.

In actual fact, Redd is a kitsune from Japanese folklore. In these tales, kitsune are sneaky foxes that attempt to trick humans into doing wrong. Redd certainly lives up to his ancestry.

My Animal Crossing experience began in 2005 with Wild World on Nintendo DS. It was one of the first games I owned and I was delighted to discover such a peaceful and calming little game. So you can understand my shock when I first purchased an artwork from Redd (then operating a store called Crazy Redd’s) and found out it was a total fake — and I’d wasted my money.

See, sometimes Redd does you a solid and you can purchase a real artwork for a decent amount of money, but the hit rate in past games was awful. In Wild World it was particularly bad because works didn’t have obvious flaws you could spot.

In New Leaf, this system changed and art sprites displayed in his store had clearly identifiable mistakes as long as you knew what you were looking for. This included cracks, wrong colours and flecks of paint.

This system returns in New Horizons with forgeries being detectable via subtle changes to the famous artworks displayed. 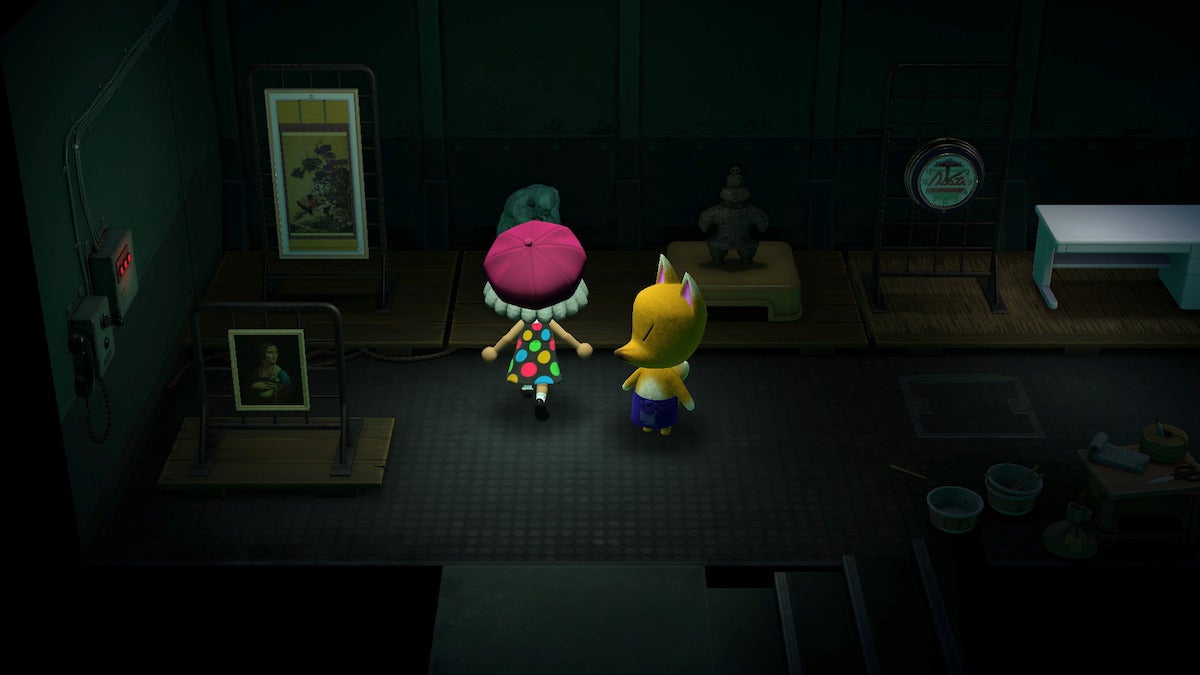 How To (Hopefully) Not Get Scammed By Animal Crossing: New Horizons’ Sketchy Art Dealer

Before today, the easiest way to get ripped off in Animal Crossing: New Horizons was to strike up a conversation with Tom Nook. Now, there’s a new monster who will fleece you for all of your bells: the art dealer Jolly Redd.

You’ll need to be vigilant if you’re making a purchase. Redd is more than capable of pulling the wool over your eyes — and you only have one shot to buy a legitimate painting. Usually, three will be fakes and one will be real. You don’t get a second chance.

Redd is unforgiving — and his lies will haunt you.

Luckily, there is a solution for the more daring amongst us.

Sleep with one eye open, Redd.