There are claims a new book about Prince Harry and Meghan Markle is being urgently reworked due to concerns it will paint Prince William as the ‘bad guy’.

Among royal aides, there are fears Finding Freedom: Harry and Meghan and the Making of a Modern Royal Family, which is due for release in August, will paint an unflattering portrait of the Duke of Cambridge and his role in the resignation of the Duke and Duchess of Sussex as working royals

Omid Scobie, who has co-written the book with journalist Carolyn Durand, has now denied claims the book is being redrafted, saying anyone who claims to know what is in the book is just guessing.

He shared an old tweet stating: ” Any ‘insider’ claiming to know what’s in the book is simply throwing guesses out there.” He retweeted this along with the following: “LOL at having to retweet this every week. Also, just to add, reports suggesting that the book is being ‘redrafted’ are categorically false. The manuscript was signed off before the announcement.

Scobie and Durand are thought to have been hand-selected by Harry and Meghan to write the book, as they are both part of the Sussexes’ ‘inner circle’ of trusted journalists.

The book will be available online on August 11, while the hard copy will be on sale from August 20. Pre-orders are now open.

While Finding Freedom is thought to touch on the reported conflict between Prince Harry and Prince William, a new book called Battle of Brothers: William and Harry — the Friendship and the Feuds by biographer Robert Lacey is also due out and goes much deeper into the royal siblings’ relationship and what went wrong ahead of Harry’s split with the family.

“Raised to be the closest of brothers, the last 18 months has seen a devastating breakdown of their once unbreakable bond,” reads the book’s synopsis.

“With an unrivalled knowledge of court life and access to impeccable sources, Robert Lacey investigates the untold reality of the brothers’ relationship, explaining what happened when two sons were raised for vastly different futures and showing how the seeds of damage were sown as their parents’ marriage unravelled.”

The book is set to be released in October and will explore how scandals like Harry and Meghan’s royal exit affected Harry and William’s relationship. 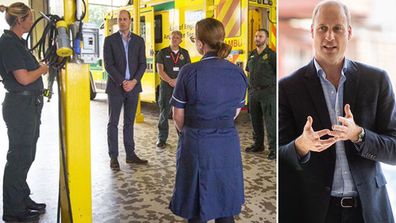